The last resident of her tiny mountain village in Kosovo, 92-year-old Vladica Dicic could not survive without the visits of a generous shopkeeper who has been bringing her food and easing her loneliness. 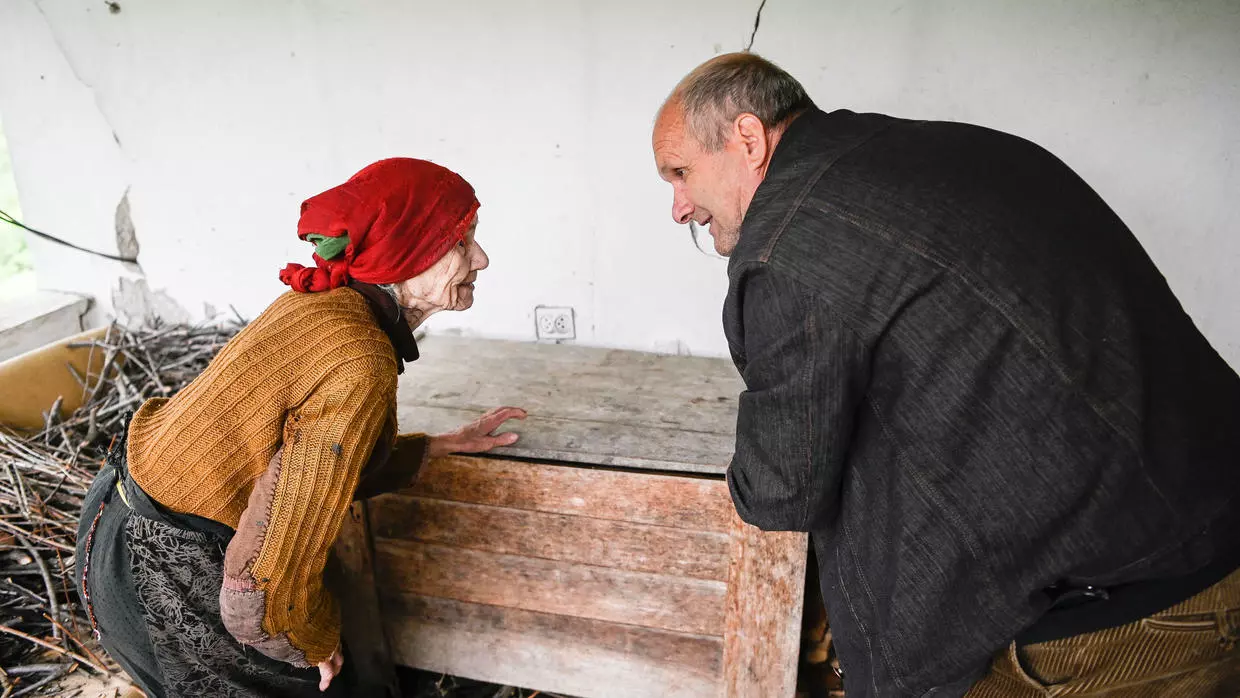 But what some find especially remarkable about their friendship is that Dicic is a Serb and the Good Samaritan she describes as "a brother" is an ethnic Albanian.

"Oh grandmother, you see I came again!" the 48-year-old Albanian grocer Fadil Rama calls out as carries two bags of food into Dicic's white house, whose walls are cracked with age.

Bringing groceries, news of the outside world and companionship, Rama's trips are a rare bridge between Serb and Albanian communities, whose relations are still tainted by mistrust from the 1990s independence war.

Since that conflict, in which Kosovo broke away from Serbia, many Serbs have left and those who remain mostly live in small enclaves peppered throughout the Albanian-majority population.

Dicic, who is bent over from age but determined not to part with her home, is the only person left in her village of Vaganesh in Kosovo's remote and mountainous east.

Waves of emigration to Serbia and nearby cities have emptied the community, leaving behind crumbling homes overtaken by grass and vines.

Her story with Rama started several months ago, after one of her sons, who lives elsewhere, asked the grocer to "visit his Mum sometimes", Rama told AFP.

"I gave him my 'Besa' that I would look after her and treat her like my mother," Rama said, referring to an honour code in Albanian culture to "keep a promise" at any cost.

After seeing that the elderly woman could hardly walk on her own, he started visiting her every two or three days, bringing goods from his store in the Albanian-majority village of Strezoc two kilometres (1.2 miles) away.

Dicic, still vivacious despite her years, cherishes the help and the social interaction.

"Send greetings to your wife!" she called out to Rama as he waved goodbye on his way out from a recent visit.

"He helps me in everything by (bringing me) firewood, water and bread," the 92-year-old told AFP.

Officials from the municipality of Kamenica have offered Dicic a home in the city, but she refuses to leave her pastoral life.

"If they would tie me with chains in an apartment, I would break them," she insisted.

The friendship with Rama has defied even the strictures of the coronavirus pandemic, which brought Kosovo into a tight lockdown.

Dicic does not have a TV or radio and only heard about the virus from Rama.

Infections have not yet reached Rama's village, but there have been some cases in nearby communities.

His neighbours, however, do not mind Rama's regular journeys to Vaganesh.

"We are all humans and it's good to help when we can," said 48-year-old farmer Xhevat Rama.

Tomislav Canic, the father of one of only two ethnic Serb families in Strezoc, also approves.

Rama "is like the old woman's right hand", said the 56-year-old.

"Politics has not spoilt the relationships in this area," he continued.

"We are more afraid of the corona."