WORLD In nations rich and poor, climate-related disasters on the uptick

In nations rich and poor, climate-related disasters on the uptick 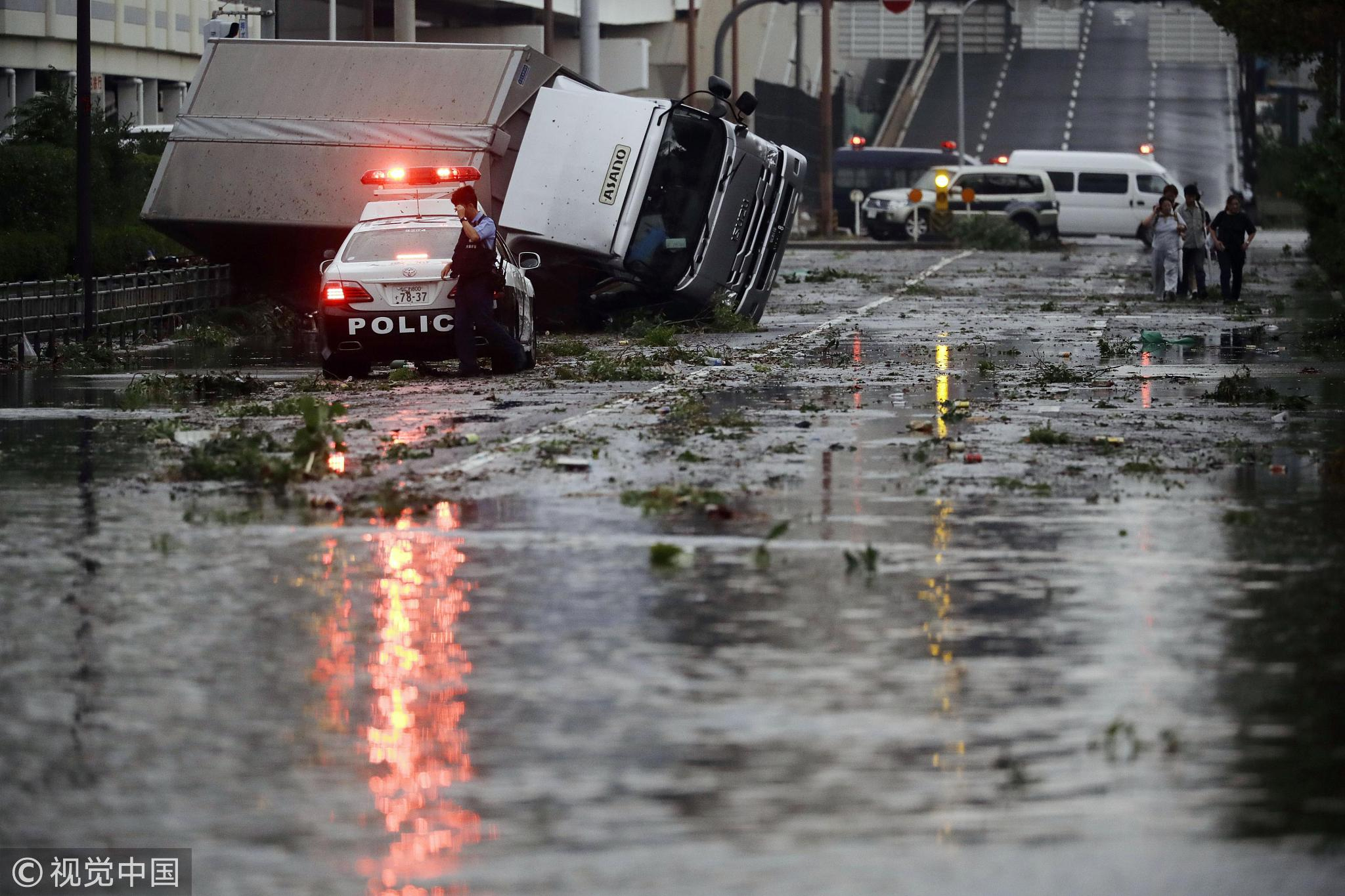 Flood-inducing rains, two deadly heatwaves, and the worst typhoon to hit Japan in a quarter century -- all in 2018 -- left hundreds dead, thousands homeless and more than $35 billion (31.5 billion euros) in damage nationwide, according to a report from environmental thinktank Germanwatch.

Category 5 Typhoon Manghut -- the most powerful tropical storm of the year -- ripped through northern Philippines in September, displacing a quarter of a million people and unleashing lethal landslides, according to the group's updated Global Climate Risk Index.

In Germany, meanwhile, a sustained summer heatwave and drought along with average temperatures nearly three degrees Celsius (5.4 degrees Fahrenheit) above normal over a four-month stretch resulted in 1,250 premature deaths and losses of $5 billion, mostly in agriculture.

2018's top weather disasters showed that even the world's most advanced and resilient economies can find themselves at the mercy of meteorological events amplified by global warming.

"Recent science has confirmed the long established link between climate change, on one side, and the frequency and severity of extreme heat, on the other," said Germanwatch researcher Laura Schafer.

"In Europe, for example, extreme heat spells are now 100 times more likely than a century ago."

A sustained heatwave in 2003 claimed 70,000 lives across western Europe, mostly in France.

India was also ravaged by crippling heat in 2018, along with the worst flooding in over 100 years and a pair of cyclones. Total damages: nearly $38 billion.

Across the last 20 years, it is still the poorest regions that have suffered the most, the report found.

Puerto Rico, Myanmar and Haiti were hit hardest, mostly due to tropical storms that have grown more destructive due to sea-level rise.

- From once-a-century to all the time -

A single cyclone, Nargis, claimed some 140,000 lives and destroyed the property of 2.4 million people along coastal areas in Myanmar in 2008.

The new report came a day after the UN's World Meteorological Organization (WMO) confirmed that the last decade is the hottest on record, and up to 22 million people will have been displaced by extreme weather this year alone.

"Once again, in 2019 weather and climate-related risks hit hard," WMO Secretary-General Petteri Taalas said. "Heatwaves and floods which used to be 'once in a century' events are becoming more regular occurrences."

While it is hard calculate how much climate change contributes in each case, its signature fingerprint has become unmistakable with barely 1C (1.8F) warming above preindustrial levels.

On current trends, the planet is on track to heat up an additional three degrees, and even if the world's nations -- gathered this week in Madrid for UN climate talks -- honour carbon cutting pledges under the Paris climate treaty, Earth will see it's surface warm another 2C.

"We are not even adapted to 1.1 degree of warming," noted Friederike Otto, Deputy Director of the Environmental Change Institute at the University of Oxford.

In their 25th year, the UN climate talks have so far failed to secure the commitments needed to drawdown the greenhouse gases fuelling global warming.

"It's shocking how much climate change in 2019 has already led to lives lost, poor health, food insecurity and displaced populations," commented Joanna House, a reader in environmental science and policy at the University of Bristol.

"What is more shocking is how long very little has been done about this."

The index -- based on deaths and economic damages --focuses on extreme weather events but does not take into account slow-onset processes such as rising sea-levels, glacier melting or more acidic and warmer seas.