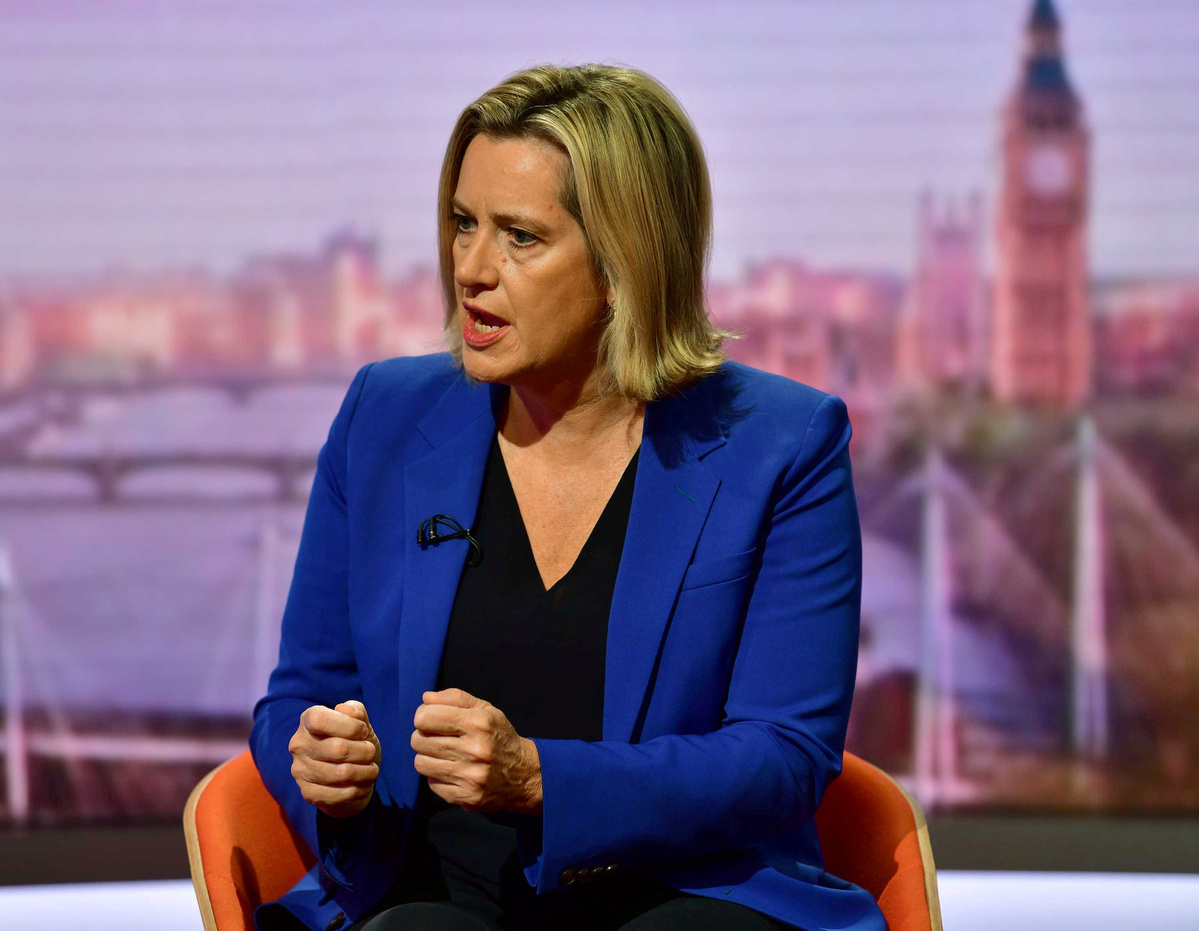 British Prime Minister Boris Johnson received a fresh blow on Saturday when Work and Pensions Secretary Amber Rudd quit from the government and the ruling Conservative Party in protest at his handling of the Brexit crisis.

Rudd's resignation caps a miserable week for Johnson as he tries to steer his splintered country through its biggest political crisis since World War II.

But she said on Saturday that she could no longer support Johnson's approach to negotiations with Brussels－or his handling of domestic politics.

"I have resigned from Cabinet and surrendered the Conservative Whip," Rudd tweeted.

"I cannot stand by as good, loyal moderate Conservatives are expelled," she said referring to Johnson's decision to expel 21 MPs from his Conservative party for voting against the government on Brexit.

Rudd said in her resignation letter that she felt uneasy about Johnson's commitment to take the United Kingdom out of the European Union on Oct 31, even if the two sides fail to reach a negotiated deal.

The 56-year-old said she had once viewed Johnson's threat of a messy "no-deal" divorce as a useful negotiating tactic to take with Brussels.

"However, I no longer believe leaving with a deal is the government's main objective," she wrote in her resignation letter.

"The government is expending a lot of energy to prepare for 'no deal' but I have not seen the same level of intensity go into our talks with the European Union."

Johnson has been adamant that he will not seek a third Brexit extension this year. He is instead seeking to hold an early general election on Oct 15 that could give him a mandate to take Britain out on Oct 31 and at any cost.

Johnson said earlier that he would "rather be dead in a ditch" than seek a Brexit extension until January that more moderate forces demand.

The main opposition Labour Party is plotting a strategy with smaller parliamentary groups that could leave Johnson with no other alternative but to seek an extension to the Brexit talks or resign.

They are expected to push through a legislation on Monday, forcing Johnson seek a Brexit delay from Brussels unless he can strike a deal at an EU summit next month.

They are also trying to make sure that a general election is held only after Johnson is forced to go back on his word and delay the exit from the EU once again.

Johnson has branded the delay bill a "surrender" that would allow the other 27 EU leaders to dictate the terms on which Britain leaves its closest neighbors after 46 years.

Both Labour leaders and rebel Conservatives praised Rudd's decision to walk away from Johnson.

"Everyone has a point beyond which they cannot be pushed," centrist Conservative MP Nick Boles tweeted. "Amber Rudd has reached hers. How much more of the party he inherited will Johnson destroy before he has second thoughts or is stopped by his Cabinet colleagues?"