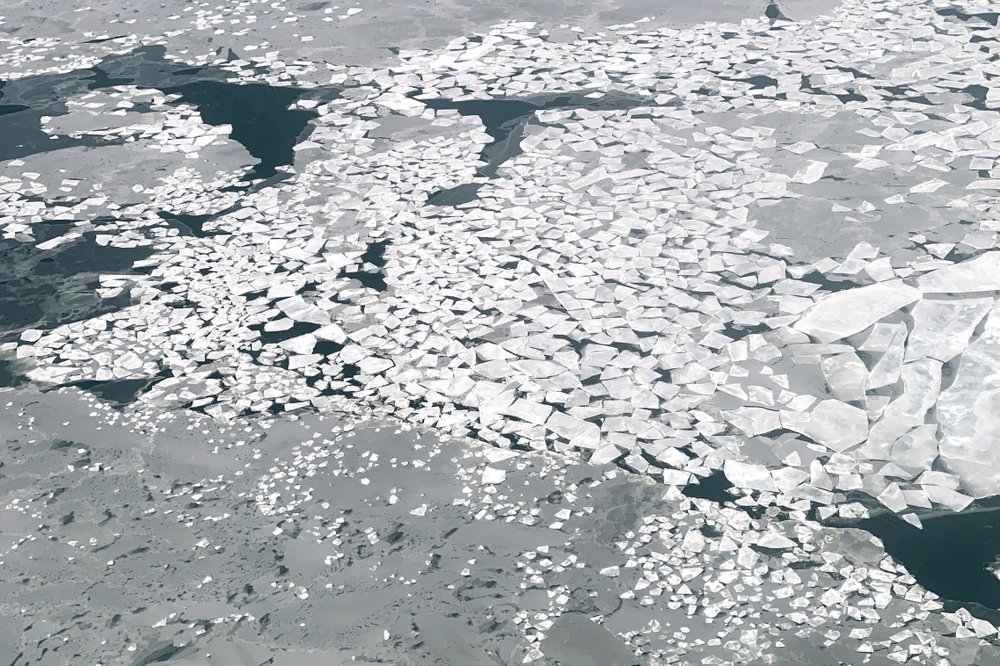 Sheets of ice float in Norton Sound near the Native Village of St. Michael, Alaska, population 400. Transportation in the area is limited to air travel on February 14, 2019.  (Photo: AP)

There’s not much that scares Susie. As an Alaska Native woman, she thrives amid sub-zero winters in her village near the Arctic Circle, and camps with her family each summer at the Bering Sea, catching, drying and smoking salmon to put away for winter.

But Susie is afraid to return to Nome. The man who raped her, she says, is still there.

“Just scares me, and I’m scared to see him, and thinking what he might do,” she says. “But I’m not scared in the village, or any other villages, because I know he won’t come.

He is a free man — no charges were filed against him. Susie reported to Nome police that she had been assaulted and went with the investigating officer to the hospital, where a forensic nurse was prepared to perform a sexual assault exam.

But the officer told the nurse not to bother, according to a hospital record that Susie released to The Associated Press .

“The Officer stated that he was going to cancel the exam because he had already talked to the suspect and the man admitted that he ‘had sex’ with the patient but that it was consensual,” the nurse wrote in the report. “Therefore the officer did not see a need for an exam.”

Susie’s story isn’t uncommon in Nome, a city of fewer than 4,000 full-time residents that serves as a regional hub for dozens of smaller villages across western Alaska’s Bering Strait region. Rape survivors and their supporters told the AP that the city’s police department has often failed to investigate sexual assaults or keep survivors informed about what, if anything, is happening with their cases.

Survivors and advocates contend that Nome police pay less attention and investigate less aggressively when sexual assaults are reported by Alaska Native women. More than half of Nome’s population is Alaska Native, largely of Yupik heritage or — like Susie — of Inupiaq heritage. All of its police department’s sworn officers are non-Native. It has one female sworn officer.

In this Feb. 13, 2019, photo, the afternoon sun hangs low as it shines through the snow at the airport in Nome, Alaska. (AP Photo/Wong Maye-E)

In many ways, Nome mirrors the national debate that has gained momentum over the past three years in the wake of a series of sexual abuse scandals involving entertainers, Hollywood moguls and politicians. Nome’s grassroots struggle illustrates how one American hometown is wrestling with issues of sexual violence and law enforcement — and how a history of racial disparity and unacknowledged trauma has impeded efforts to address what the what the human rights group Amnesty USA has called an epidemic of sexual assaults against Native women across the United States.

By comparison, a study of six police departments across the U.S. published this year by researchers at the University of Massachusetts Lowell found that just under 19% of sexual assault reports led to arrests.

Even that arrest rate raises questions about how seriously police agencies take sexual violence, according to criminal justice experts and advocates for sexual assault survivors. Police agencies in big cities, suburbs and small towns have been accused of failing to test DNA evidence gathered in thousands of rape cases ; dismissing rape reports because officers believed that victims did not “fight back” hard enough ; and showing less concern about rape complaints from African Americans, Native Americans and other less powerful groups.

In Nome, local officials defend the police department, saying low staffing levels make it difficult to respond to calls for help of all kinds.

John Earthman, district attorney for Nome and surrounding areas, said Nome police officers “are very hard-working people that live in this community. They want to make their community safer. Unfortunately out here a lot of times, it is a triage situation. It’s very hard. Just having a rural police department in rural Alaska is very hard.”

Officials and citizens in Nome are still struggling to come to grips with a history of strains between its police force and the Alaska Native community. There has been some progress. The police department has new leadership and has increased its workforce to roughly two dozen employees. A key catalyst for change has been an informal support group formed by survivors of sexual assault and other violence.

After taking over late last year as the city’s new police chief, Bob Estes announced that the department was performing an internal audit of over 460 old sexual assault cases. The City Council meanwhile has approved the hiring of the police department’s first victims advocate and passed an ordinance to create a civilian oversight committee to monitor police conduct.

“We can’t look away for one minute,” Ellanna said. “Or all of this goes away.”