BERLIN, Oct. 7 (Xinhua) -- Income inequality in Germany has reached "an all-time high," according to a study published by the Institute of Economics and Social Research (WSI) on Monday. 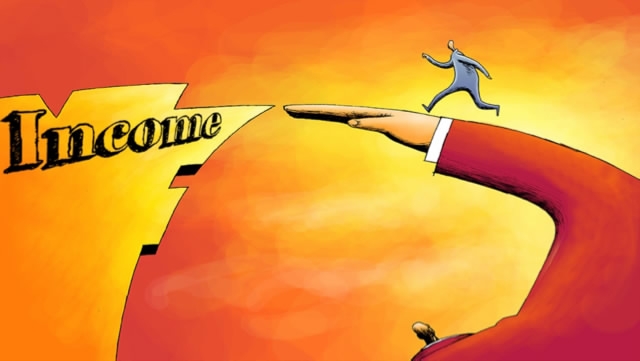 "The problem is that the edges drift apart, the rich become richer, the poor become poorer and poorer, and the middle remained fairly stable," noted the study by WSI, an independent academic institute within the Hans Boeckler Foundation.
The Gini coefficient -- the most common measure of income inequality -- was 2 percentage points higher at the end of 2016 than in 2005, the year considered particularly "unequal" by researchers after a drastic increase in the income spread since the late 1990s, WSI said.
The study is based on the latest available data from the Socio-Economic Panel (SOEP), the largest representative panel survey in Germany, for which more than 25,000 people were interviewed in Germany every year until the end of 2016.
"The current data shows that all those politicians and economists who wanted to give the all-clear are wrong," said WSI expert and study author Dorothee Spannagel, adding that the inequality was still growing although at a "much slower" pace.
According to the study, middle-income households had been in a better position than 15 years ago. "If you have a permanent, regular job, you will have noticeably more income at your disposal even after inflation has been deducted," Spannagel said.
On the other side, the low wage sector in Germany continued to be "very large and poorer households are lagging behind, while rich households continue to gain ground," said Spannagel.
The poverty gap, which describes the annual income which poor households lack in order cross the poverty line of 60 percent of the average income, increased by 29 percent to more than 3,400 euros (3,738 U.S. dollars) between 2011 and 2016.
The share of Germans who had less than 60 percent of the average income at their disposal had risen to 16.7 percent in 2016 from 14.2 percent in 2010, according to the study.
Income levels in Germany in recent years showed that "a positive macroeconomic development is not sufficient to reduce inequality and poverty," Spannagel said.
In order to reduce income inequality, the study suggests expanding collective bargaining agreements to more employees, increasing the minimum wage, increasing tax rates for top earners and significantly ramping up unemployment benefits in Germany.