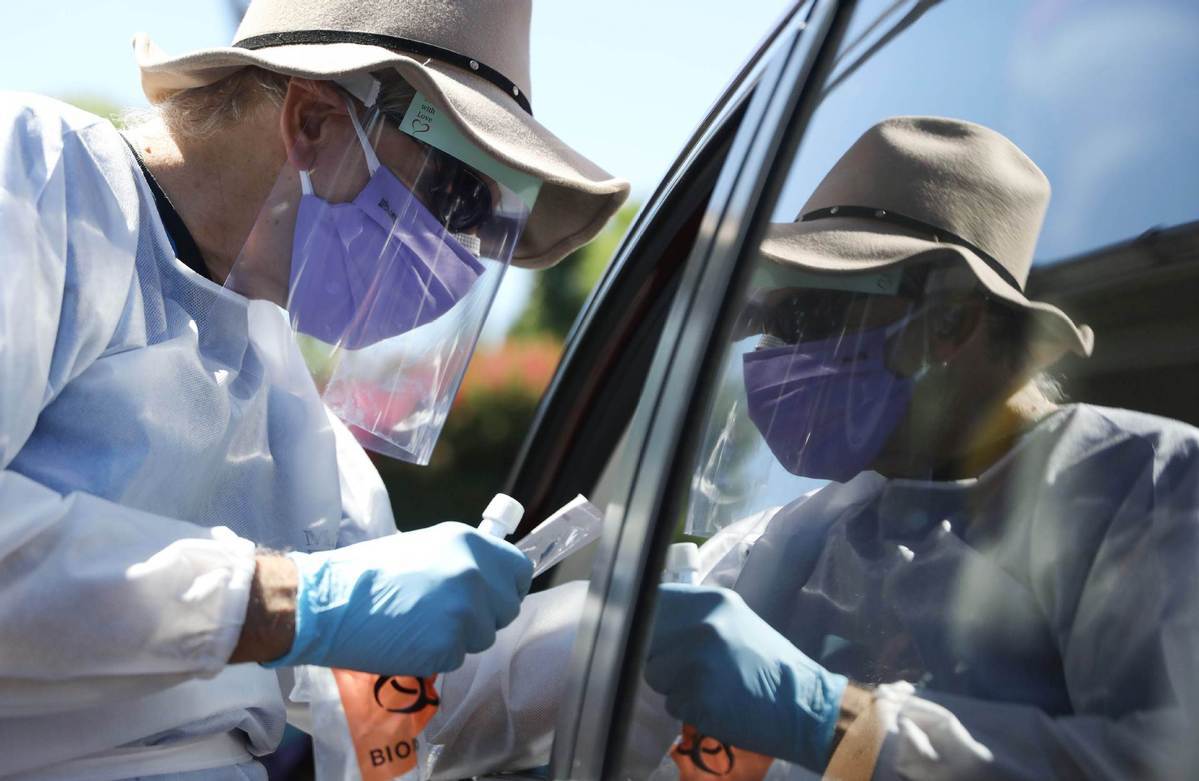 A healthcare worker hands a test kit to a motorist at a drive-in coronavirus (COVID-19) testing center at M.T.O. Shahmaghsoudi School of Islamic Sufism on August 11, 2020 in Los Angeles, California. (Photo: Agencies)

WASHINGTON - Limited or inconsistent efforts by US states to contain the COVID-19 pandemic will likely prolong the economic recession, a senior US Fed official said on Wednesday.

"While the fiscal and monetary stimulus has been significant, it cannot fully offset the economic drain caused by the public health crisis," Eric Rosengren, president of the Federal Reserve Bank of Boston, said in remarks prepared for an online presentation to the South Shore Chamber of Commerce in Massachusetts.

"Limited or inconsistent efforts by states to control the virus based on public health guidance are not only placing citizens at unnecessary risk of severe illness and possible death - but are also likely to prolong the economic downturn," he said.

The US economy contracted at an annual rate of 32.9 percent in the second quarter of the year, the steepest decline since the government began keeping records in 1947, according to the Commerce Department.

While US states that re-opened early and quickly lifted restrictions saw a short-term increase in economic activity, it came at a cost with rising rates of infections, which resulted in less spending more recently, Rosengren noted.

"In short, lifting restrictions too early and too quickly hurt both the economy and public health down the road," he said, adding states should be carefully calibrating their actions to data going forward, especially when schools open in the fall and more activities move inside as the seasons change.

"Failure to take quick actions to suppress the virus could result in more severe economic outcomes as well as the unnecessary loss of life," said the Fed official.

"As long as the virus poses significant threats to public health, a full economic recovery will be very difficult as individuals, often voluntarily, avoid activities that place their health at risk," he said.

The number of COVID-19 cases in the United States topped 5.16 million as of Wednesday afternoon with more than 165,000 deaths, according to a tally by Johns Hopkins University.