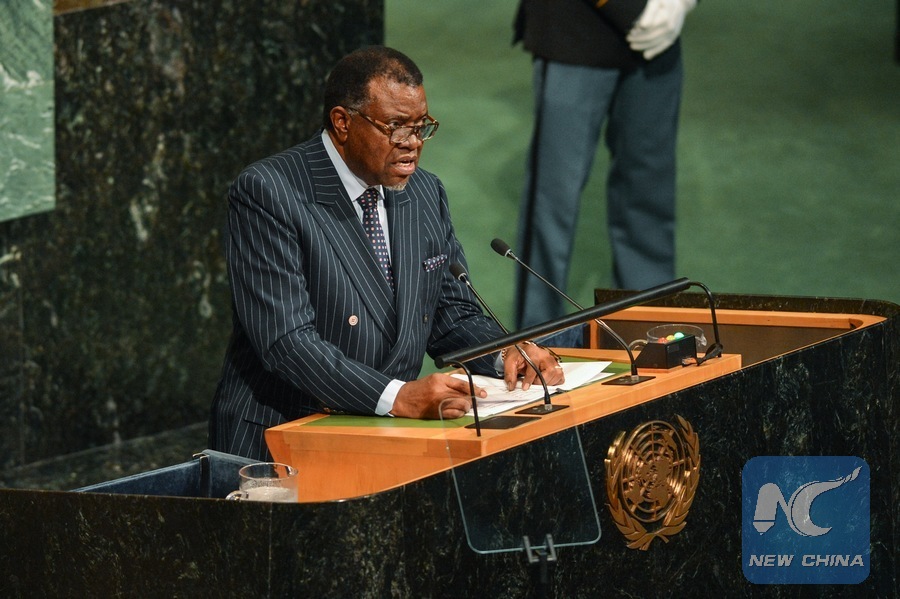 Geingob was in a tight race with fellow member of the South West Africa People's Organization (SWAPO) Itula, who contested as an independent candidate. Geingob won 464,703 votes, while Itula trailed far behind with 242,657 votes.

"I am just a proud Namibian that we could have free and fair elections, no fighting, no attacking each other, free movement was allowed," Geingob told cheering crowds after winning the election.

Geingob, Namibia's third leader since the sparsely populated and mostly arid country freed itself from the shackles of apartheid South Africa in 1990, managed to secure his second and also the final term in the November 27 election.

In the legislative vote to choose 96 members of parliament, the ruling party SWAPO won the parliamentary election but lost its two-thirds majority after gaining 63 seats, down from 77 seats. The official opposition party, McHenry Venaani's Popular Democratic Movement (PDM) party, will hold 16 seats, improving from its 2014 total of five in the legislative chamber.

Around 1.3 million people out of Namibia's 2.45 million inhabitants were registered to vote. Half are younger than 37, and many were born after independence.