India, China need ‘deeper understanding’ of each other: ICCR president 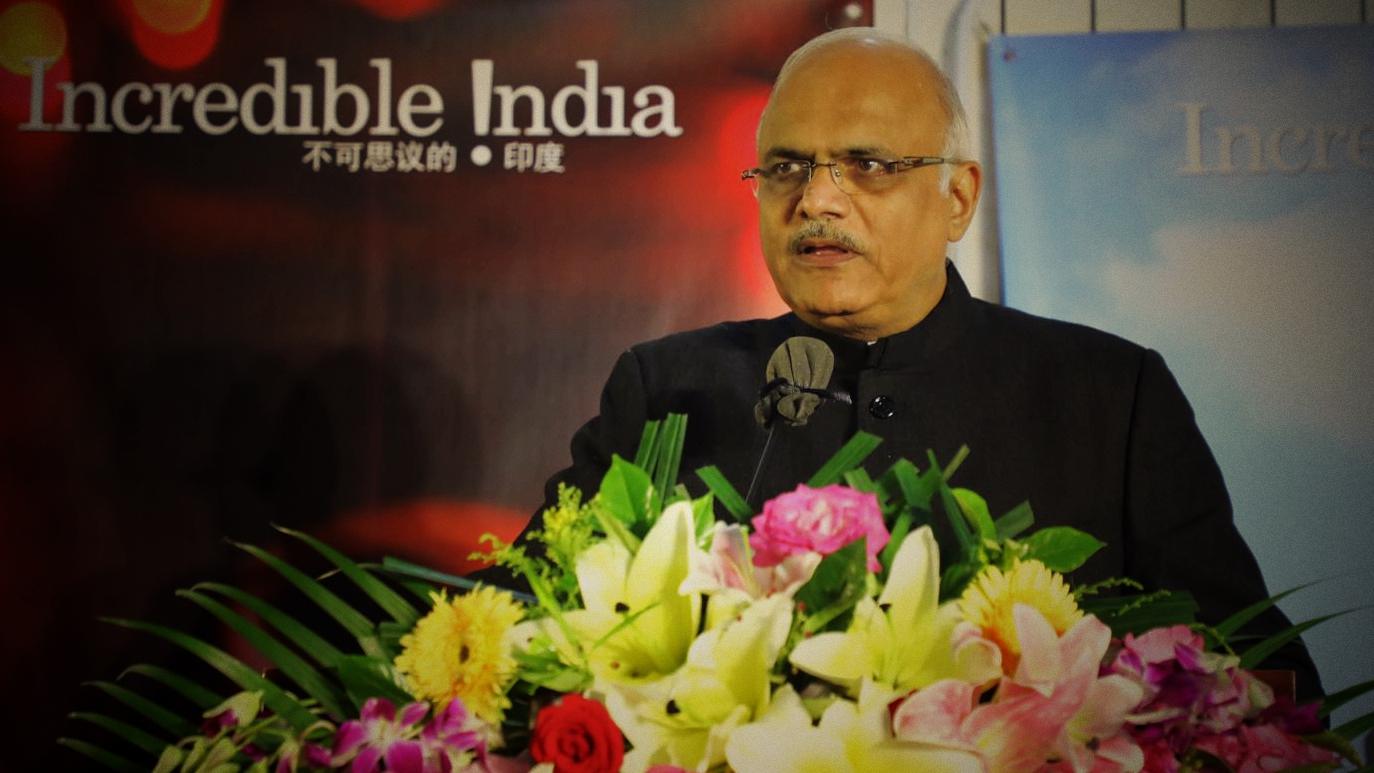 ICCR President Vinay Sahasrabuddhe delivers a speech at the inauguration ceremony of the Swami Vivekananda Cultural Centre at the Embassy of India in Beijing, August 14, 2018. (Photo: VCG)

India is looking to boost its cultural engagements with China with an aim of encouraging a “deeper understanding of each other” through people-to-people contact and structured academic exchange programs, the head of India’s top governmental cultural organization said in Beijing on Wednesday as India marked its 72nd Independence Day.

“It’s a fact that in both the countries, people want to have stronger relations but that cannot happen simply by depending on government and diplomatic channels. People-to-people and cultural interactions are a crucial vehicle to promote a deeper understanding of India among Chinese people and vice versa,” Vinay Sahasrabuddhe, president of Indian Council for Cultural Relations (ICCR) told CGTN in an exclusive interview in the premises of the Indian Embassy in Beijing.

“When I say understanding, I mean a level that is deeper than awareness,” he stressed, adding that it is important to emphasize the centrality of cultural ties between China and India “especially in the context of evolving stronger, diplomatic, strategic, and economic relations.”

Earlier on Tuesday evening, Sahasrabuddhe, who is also a member of the upper house of the Indian parliament, inaugurated the Swami Vivekananda Cultural Centre at a glittering ceremony marked by classical dance and music performances by both Indian and Chinese artists at the Indian Embassy.

The center, named after the Indian monk Swami Vivekananda, will offer training programs on various Indian classical art forms and yoga to Chinese students. India is marking the 125th anniversary of Vivekananda’s historic speech at the ‘Parliament of the World’s Religion’ in Chicago. The monk had a stopover in China for three days as he traveled to the US in 1893.

“Adding Swami Vivekananda’s name provides a new vigor into the programs and projects of the cultural center. The embassy and the center will evolve a three-year structured plan" to achieve their aim of offering various exchange programs to students from both China and India, said Sahasrabuddhe.

The Indian official also met several members of the Chinese academia to discuss future collaborations. Talking to officials from the China Institute of International Studies, “we agreed that we have to focus upon the younger generation,” he said.

Outlining the possible exchange programs between Indian and Chinese students, Sahasrabuddhe said that shortlisted groups of students pursuing India-China studies, Oriental studies or international relations will be eligible to spend a few days in the other country including at an institutional counterpart as well as homestay with a local family.

“With such programs we will be able to create dozens of young historians, philosophers, literary scholars in both the countries who would not only be aware but be enlightened about the idea of our respective countries,” he remarked.

“They will be the bridge builders and young ambassadors between the two great countries and civilizations” he quipped, acknowledging that the youth in both countries need to be more aware of the historic connections and cultural similarities between the Asian neighbors which date back to thousands of years.

Sahasrabuddhe stressed that the past linkages offer a fertile ground for both the neighbors to build enduring partnerships in the current era, with culture being the foundation for such initiatives.

“The cultural and civilizational bonding rooted in common Oriental values and the approach towards human life and natural elements are distinctly similar in China and India. Both the countries along with other Oriental partners must come together to protect and promote their traditional values for which even the West is looking towards the East,” the ICCR president said.

“When it comes to culture, the beauty of Indian approach is that we always look for confluence of civilizations. Culture is a unifier,” he added.

Sahasrabuddhe acknowledged the constructive role of Bollywood in stimulating an interest in India by providing a glimpse into its society and culture as witnessed in recent times with the success of several Bollywood movies in China. However, he stressed that India is much more than what is shown on the screens of a Bollywood flick and said he would like more Chinese people to visit his country to get deeper insights.

“I believe it is the same about China and Chinese films. I have watched several Chinese films as I am involved with a few film societies in India which often screen international films including those from China. However, a single visit to China enhances my understanding of the country and its rich history and heritage far more than watching ten movies. It’s the same for India,” he said.