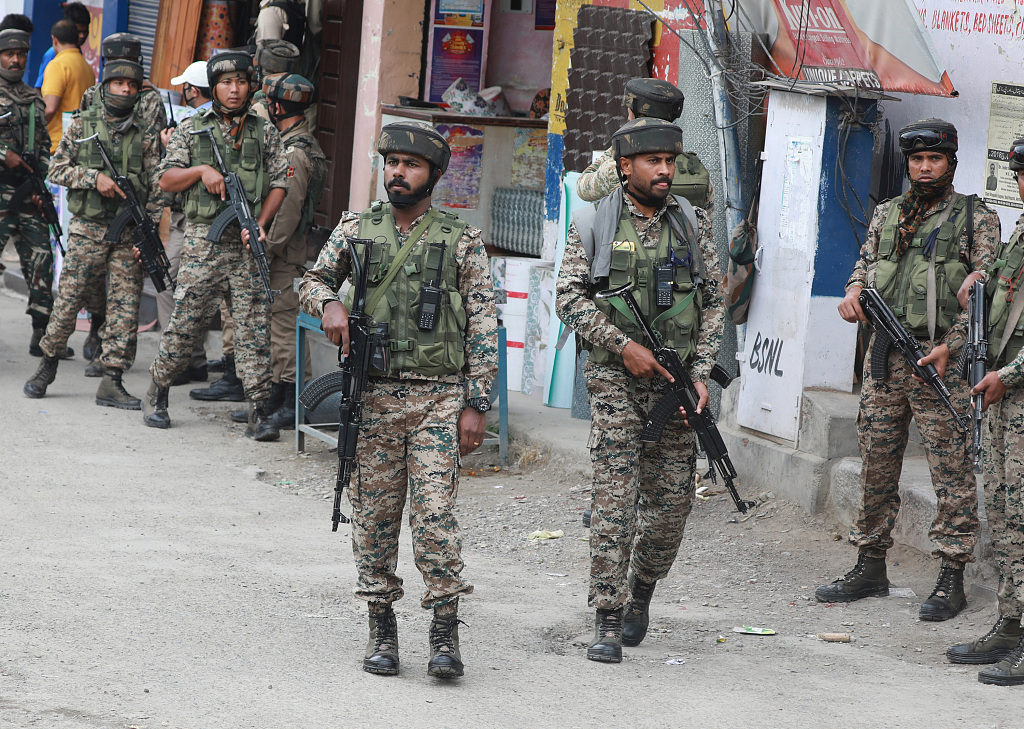 Paramilitary soldiers seen near the sight of shootout at Batamaloo area on July 24, 2018 in Srinagar, India. (File photo: VCG)

"We have seen President Trump's remarks to the press that he is ready to mediate if requested by India and Pakistan, on Kashmir issue. No such request has been made by PM to the US President," tweeted Ministry of External Affairs spokesperson Raveesh Kumar around 2:30 a.m. on Tuesday.

In his second consecutive tweet, the Indian spokesman said "It has been India's consistent position that all outstanding issues with Pakistan are discussed only bilaterally. Any engagement with Pakistan would require an end to cross border terrorism. The Shimla Agreement and the Lahore Declaration provide the basis to resolve all issues between India and Pakistan bilaterally."

India's statement was issued in reaction to the US President's claim that India had sought his help in resolving Kashmir issue with Pakistan.

Speaking to media after a meeting with visiting Pakistan Prime Minister Imran Khan in Washington, Trump offered to be the "mediator" between India and Pakistan on the Kashmir issue.

In response to a question, he reportedly stated "If I can help, I would love to be a mediator. If I can do anything to help, let me know."

According to media reports, Trump further added "We have a very good relationship with India. I know that your relationship (with India) is strained a little bit, maybe a lot. But we will be talking about India. It's a big part of our conversation today and I think maybe we can help intercede and do whatever we have to do. It's something that can be brought back together. We will be talking about India and Afghanistan both."