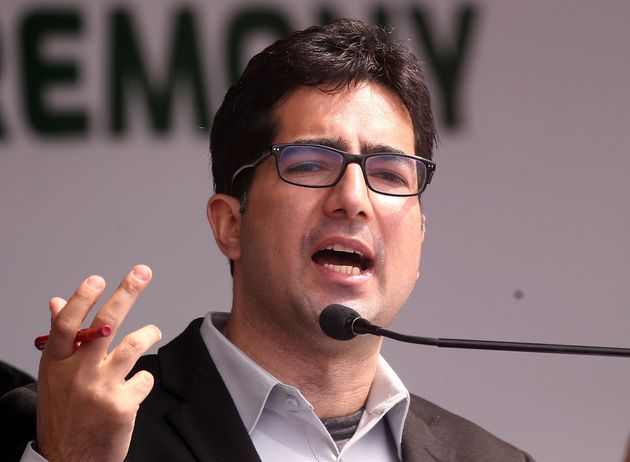 Shah Faesal was detained at the Delhi airport. (Photo: CGTN)

Well-Known Kashmiri politician Shah Faesal, a former officer under Indian Administrative Service (IAS), was detained on Wednesday afternoon at Delhi airport just before he was to fly to Turkey. He was packed off to Kashmir's biggest city Srinagar where he has been placed under preventive detention.

Faesal made headlines when he became the first Kashmiri to place first in the Indian Civil Services Examination in 2009. But he resigned from his government post in January to launch his own political party — the Jammu and Kashmir People's Movement.

The former IAS officer-turned-politician reached the immigration desk around 1:30 a.m. on Wednesday, where he was told that he had a lookout notice against him. According to an India newspaper, Faesal spoke to his wife around 4:30 a.m. and told her that had been questioned by the authorities at the airport regarding an interview he gave to the BBC on Tuesday.

Speaking to the BBC, Faesal said he was apprehensive about being detained. And he felt ashamed of himself that he is free at a time when the entire leadership of Kashmir is in jail.

After the Indian central government revoked the provisions of Article 370 for Jammu and Kashmir, the constitutional provision guaranteeing Kashmir's special status, Faesal slammed the government by saying the Valley was experiencing an unprecedented lockdown and its eight million people were "incarcerated" like never before.

He also criticized the international society for turning a blind eye to Kashmir, saying "What's lost has been lost" and Kashmir shall resolve to fight back.

Kashmir has been in a security lockdown for more than ten days with internet and phone communications cut off before New Delhi stripped the Muslim-majority region of its autonomy. Tens of thousands of troop reinforcements have flooded into Srinagar and other towns and villages in the Kashmir Valley.

According to Satya Pal Malik, the current state governor of Jammu and Kashmir, the curfew will ease after Thursday, but phone lines and the internet would remain down.

"We don't want to give that instrument to the enemy until things settle down," Malik told the Times of India. "In a week or 10 days, everything will be alright and we will gradually open lines of communication."

On the Pakistani side, the country has reacted angrily to India's decision to revoke Article 370, with its Prime Minister Imran Khan saying global powers would be responsible for any war over Kashmir, for failing to implement UN resolutions. And he accused India of planning military action in the region, calling it a "horrendous plan" on Wednesday.

In a stern warning to India's Prime Minister Narendra Modi, Khan said: "Your bricks will be reciprocated with stones."