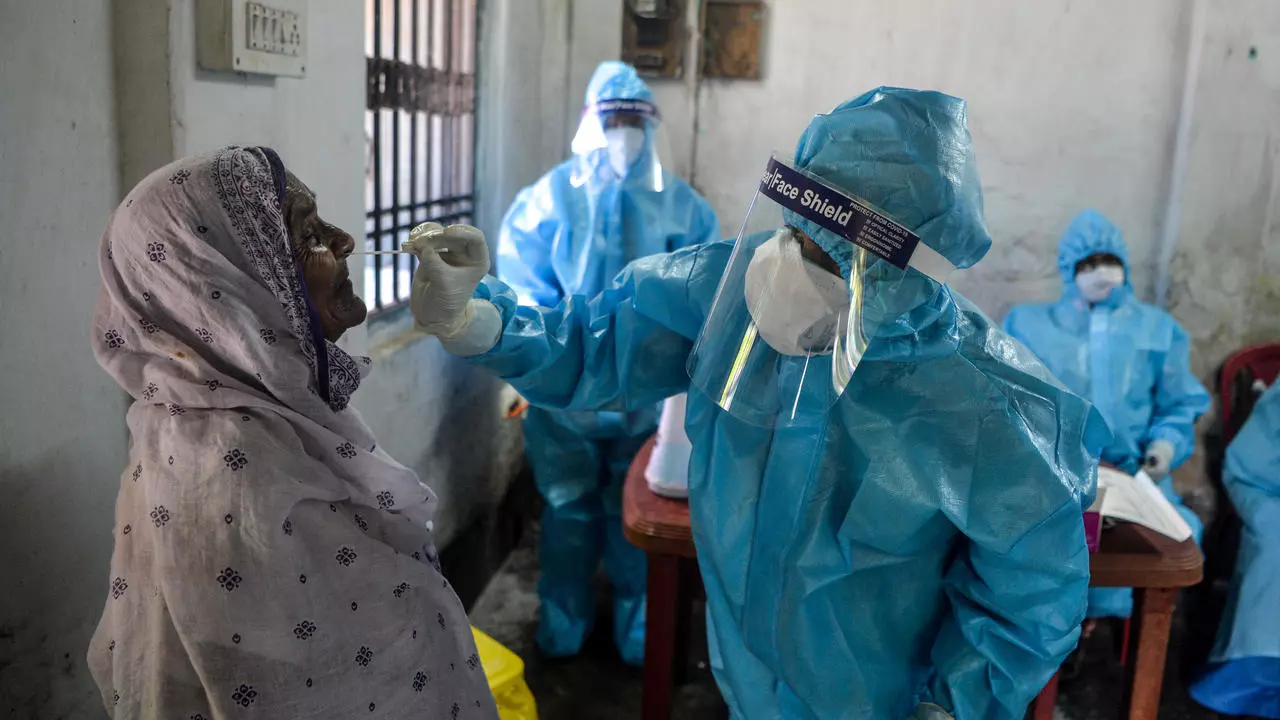 A health worker tests a woman for coronavirus in Siliguri on August 29, 2020, with India easing lockdown restrictions even as cases grow. (Photo: AFP)

India has the world's fastest growing number of recorded cases, now at 3.5 million, and more than 62,000 pandemic deaths. It is currently the third worst hit country in the world behind the United States and Brazil.

But the government faces pressure to free up the economy as millions have lost jobs since nationwide restrictions were first imposed in March.

The Home Affairs Ministry said that gatherings of up to 100 people would be allowed with face masks and social distancing at cultural, entertainment, sports and political events from next month.

Metro train services will also be allowed to resume "in a graded manner" in major cities.

The coronavirus has badly hit mega cities such as Mumbai and New Delhi, but is now surging in smaller cities and rural areas.

The new government guidelines ordered schools and colleges to remain closed but students can meet teachers on a voluntary basis on school premises if needed.

The government has resisted a mass campaign by students to postpone entrance exams for medical and engineering colleges due to be taken by about two million students next month.

Students say they fear catching the virus in exam halls across the country. Authorities say they are taking special measures for the exams.

The government also said individual states could not impose general lockdowns outside of areas that are considered 'containment zones' where clusters of cases have been reported. Several states have imposed tougher measures in recent weeks because of the rise in cases.

The main opposition Congress party has called for Prime Minister Narendra Modi's government to set out a firm plan to stop the spread of the pandemic.

With more than 70,000 cases being added each day, experts say it could be many weeks before the pandemic peaks in the country of 1.3 billion people.