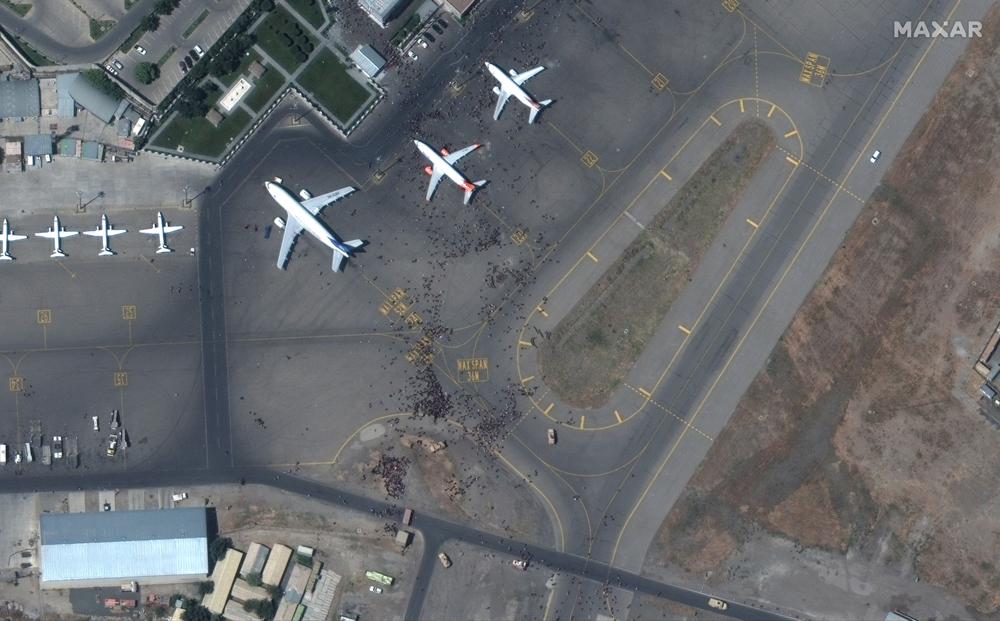 NEW DELHI, Aug. 17 (Xinhua) -- An Indian Air Force (IAF) C-17 plane evacuated over 120 Indians, including diplomats, from Kabul and landed in the western state of Gujarat on Tuesday, said a government official.

It is the first evacuation undertaken by an IAF plane amid the critical situation in Afghanistan after the Taliban took power in Kabul.

The Indian security personnel guarding the embassy in Kabul and other Indian nationals were also among the evacuees.

According to Arindam Bagchi, spokesman of the Ministry of External Affairs, the Indian government had decided to recall its ambassador in Kabul and the embassy staff.

"In view of the prevailing circumstances, it has been decided that our Ambassador in Kabul and his Indian staff will move to India immediately," Bagchi tweeted earlier in the day.

Prior to that, the country's External Affairs Minister Dr. Subrahmanyam Jaishankar held talks with U.S. Secretary of State Antony Blinken over the current Afghan situation.