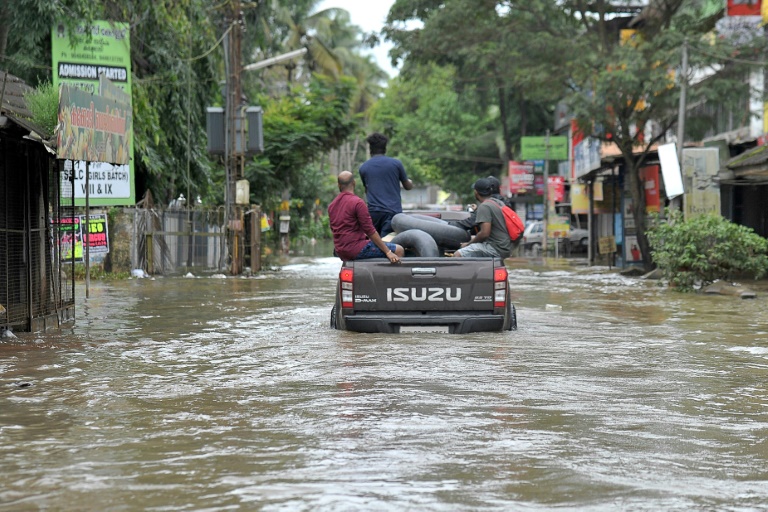 Thousands are still waiting for relief and rescue across the flood-ravaged state. (Photo: AFP)

The death toll from floods that have triggered landslides and sent torrents sweeping through villages in the Indian state of Kerala trebled Friday to 324, authorities said, amid warnings of worse weather to come.

Hundreds of troops and local fishermen are staging desperate rescue attempts with helicopters and boats across the southern state, which draws international tourists to its tropical hills and beaches.

Kerala has been battered by record monsoon rainfall this year and is "facing the worst floods in 100 years", chief minister Pinarayi Vijayan said in a Twitter statement, adding that 324 lives had been lost so far.

With thousands still trapped, power and communication lines down and fresh alerts of further torrential rain, authorities warned of more trouble ahead and further deaths to come.

More than 30 military helicopters and 320 boats are attempting rescues across Kerala.

Authorities said thousands of people have been taken to safety so far but 6,000 more are still waiting for rescue.

Helicopters have also been dropping emergency food and water supplies, while special trains carrying drinking water have been sent to Kerala.

According to India's weather bureau, since the beginning of June more than 321 centimetres (126 inches) of rain has fallen on the hilly central Kerala district of Idukki, which is now virtually cut off from the rest of the state.

With no end in sight to the deluge, people all over the state of 33 million people have made panic-stricken appeals on social media for help, saying they cannot make contact with rescue services.

"My family and neighbouring families are in trouble," wrote Ajo Varghese, a resident of the coastal city of Alappuzha, in a Facebook post that quickly went viral. 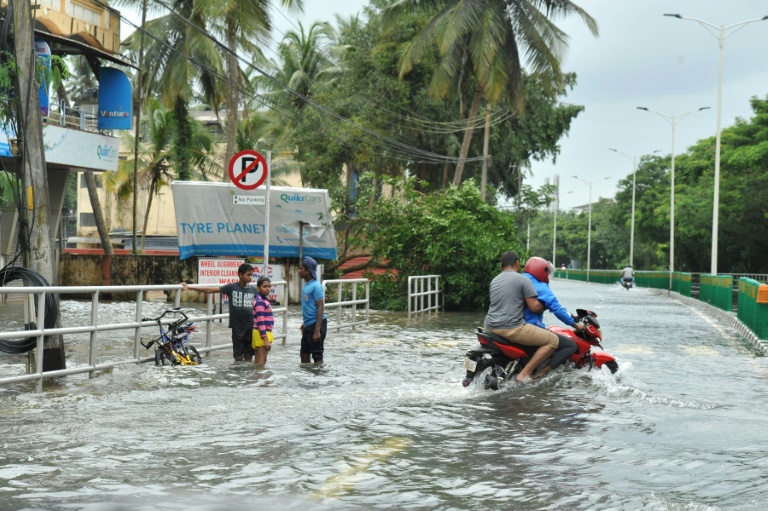 People all over Kerala have made panic-stricken appeals on social media for help, saying they cannot make contact with rescue services. (Photo: AFP)

"No water and food. Not able to communicate from afternoon. Mobile phones are not reachable... Please help," he added.

Other messages have been sent from people trapped inside temples and hospitals as well as their homes.

The Kerala government has said it faces an "extremely grave" crisis and state chief minister Vijayan warned of a new wave of rainfall hitting the battered region over the weekend. Strong winds have also been predicted for Saturday and Sunday.

The gates of dozens of dams and reservoirs across the state have been opened as water levels reach danger levels, inundating many other villages.

North and central Kerala have been worst-hit by the floods with the international airport in the main city of Kochi shut until at least August 26.

At least 220,000 people displaced from across the state are taking shelter in more than 1,500 relief camps.

On top of tourist cancellations, Kerala's valuable rubber industry has been badly hit by the floods.

The government says 10,000 kilometres (6,000 miles) of Kerala roads have been destroyed or damaged, along with thousands of homes.

News reports said electricity supplies to more than half the state have been cut. The state power company said that only one million people were affected, however.

The home ministry announced meanwhile that 868 people have been reported dead in seven Indian states including Kerala since the start of the monsoon in June.