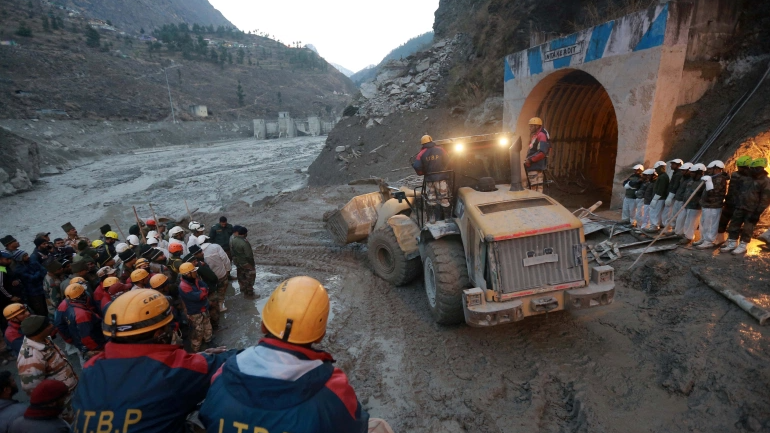 A machine is used to clear a tunnel after a part of a glacier broke away in Tapovan in the northern state of Uttarakhand, India, February 8, 2021. (Photo: Reuters)

As many as 54 bodies have been retrieved from a glacier burst site in north India, India's Asian News International reported on Monday, citing an official at the local disaster management office.

The disaster reportedly struck at around 10:00 a.m. local time on February 7 in the northern hilly state of Uttarakhand, leaving over 200 people, mostly workers at two hydropower projects, missing.

Eight of the dead bodies were recovered from inside a tunnel, where around 35 to 40 people were feared to have been stuck following the natural tragedy.

Only half of the bodies recovered could be identified, and they were handed over to their respective families, the official said.

Most of the missing laborers hail from several states, including Uttarakhand, Uttar Pradesh, West Bengal, Bihar, Jharkhand and a few from Nepal.

Over the last couple of days, environmentalists have blamed the glacier burst on the large-scale and uncontrolled construction activities in the hills over the years.