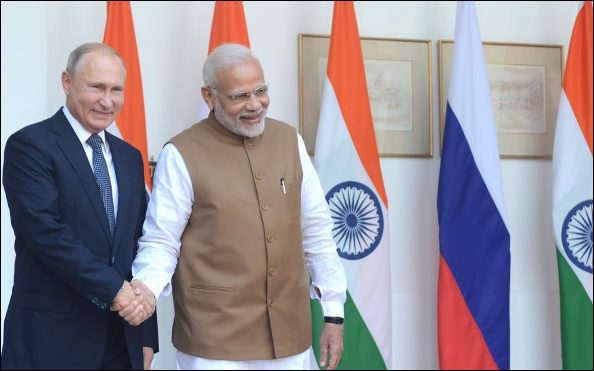 "The missile deal worth over $5 billion has been signed between India and Russia. Under the deal, India will get five such missile systems. The deliveries will begin in two years' time," the sources said.

The Russian president arrived in the Indian capital Thursday on a two-day visit.

"As and when the government approves it, delivery (of the missiles) will be in 24 months," Indian Air Force chief B.S. Dhanoa had earlier said.