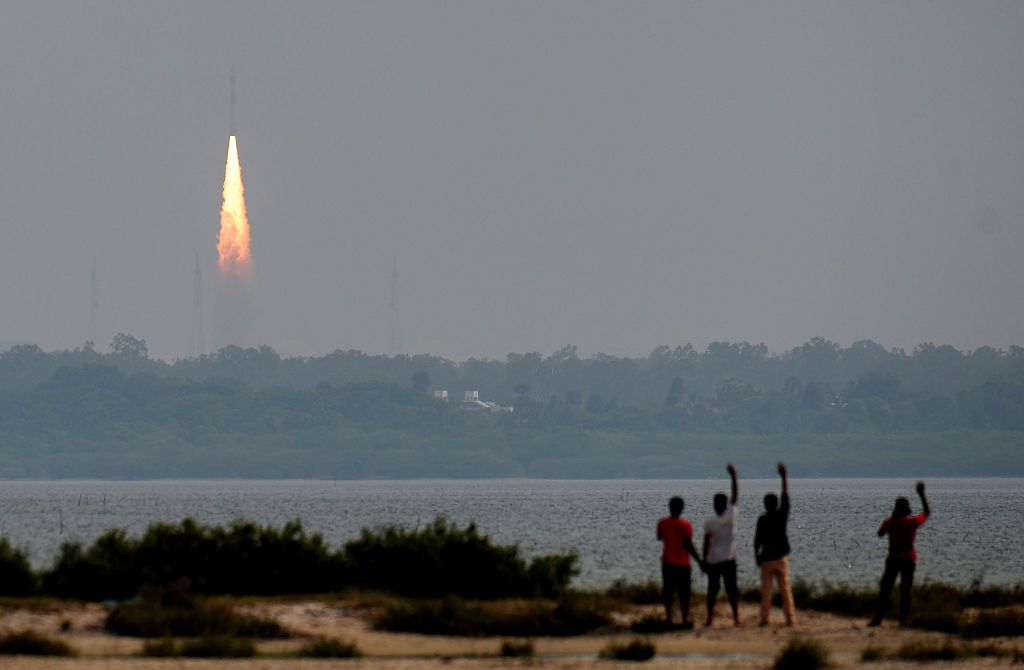 The satellite was launched from Satish Dhawan Space Centre (SDSC) in Sriharikota, off the Bay of Bengal coast, located in the southern Indian state of Andhra Pradesh at 9:58 am local time.

"PSLV-C43 successfully lifts off with 31 satellites, including HysIS, from Satish Dhawan Space Centre, Sriharikota," read a statement issued by ISRO after the launch of the satellite. "PSLV-C43 successfully injects Indian satellite HysIS into sun-synchronous polar orbit."
Television images showed the rocket blasted off from the launch pad, emitting a bright orange flame from its tail and moving upwards in the sky.
Officials said the HysIS will capture the images of the whole earth in multiple frequencies and the satellite will have a mission life of over five years.
HysIS will provide global coverage and valuable data on agriculture, forestry, geological environments, coastal zones and inland waters, officials said.
"It is the primary satellite of the PSLV-C43 mission. The mass of the spacecraft is about 380 kg. The satellite will be placed in 636 km polar sun synchronous orbit with an inclination of 97.957 deg. The mission life of the satellite is five years," a statement issued by ISRO said.
"The primary goal of HysIS is to study the earth's surface in visible, near infrared and shortwave infrared regions of the electromagnetic spectrum," the statement said.
Officials said the co-passengers of HysIS include one micro and 29 nano satellites from eight different countries.
"All these satellites will be placed in a 504 km orbit by PSLV-C43. These satellites have been commercially contracted for launch through Antrix Corporation Limited, the commercial arm of ISRO," the statement said.
This is the second launch mission for the ISRO this month.
On Nov. 14, ISRO launched a communication satellite GSAT-29 onboard Geosynchronous Satellite Launch Vehicle -- GSLV Mark III.