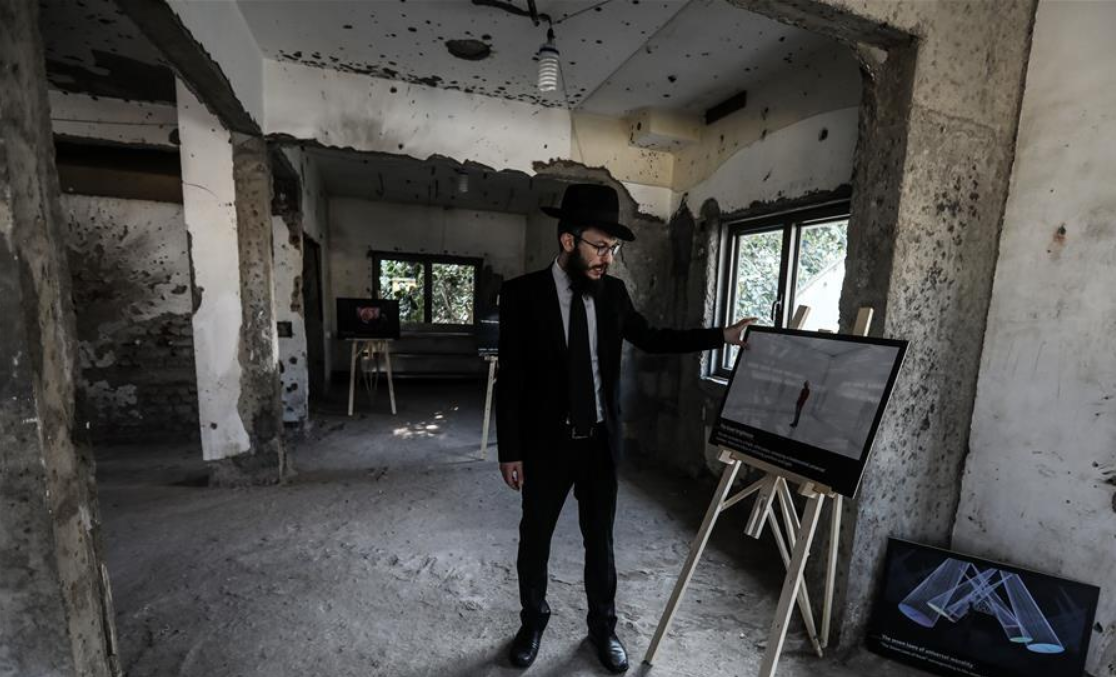 Rabbi Israel Kozlovsky, director of Chabad House, walks in the destroyed Jewish center in Mumbai, India, Nov. 25, 2018. India on Monday marked the 10th anniversary of the Mumbai terror attacks with ceremonies at sites across the city. (Photo: Xinhua)

NEW DELHI, Nov. 26 (Xinhua) -- India observed the 10th anniversary of the terrorist attacks on its financial capital Mumbai on Monday as the US administration announced a 5-million-dollar award for information leading to the arrest, or conviction, of the perpetrators.

US Secretary of State Mike Pompeo expressed solidarity with the people of India and the city of Mumbai on the anniversary of the Mumbai terror attacks.

"On behalf of all Americans, I express my solidarity with the people of India and the city of Mumbai on the 10th anniversary of the #MumbaiTerrorAttack. We stand with the families and friends of the victims, including six American citizens," he tweeted.

"It is an affront to the families of the victims that after ten years those who planned the Mumbai attack have still not been convicted for their involvement."

The top US diplomat said, "The Department of State Rewards for Justice (RFJ) Program is offering a new reward for up to 5 million dollars for information leading to the arrest or conviction of any individual who was involved in planning or facilitating the 2008 Mumbai attack."

Meanwhile, Prime Minister of India Narendra Modi paid homage to the families of the victims of the terror attacks.

"Tributes to those who lost their lives in the gruesome 26/11 terror attacks in Mumbai. Our solidarity with the bereaved families. A grateful nation bows to our brave police and security forces who valiantly fought the terrorists during the Mumbai attacks," he tweeted on Monday.

On Nov. 26, 2008, militants carried out a series of coordinated shooting and bombing attacks across Mumbai, leaving 166 people dead and over 300 others injured in the four-day siege.