NEW DELHI, Dec. 29 (Xinhua) -- India is mulling extension of the ban on flights to and from Britain in the wake of the new variant genome "SARS-CoV-2" virus found there, stated the country's Civil Aviation Minister Hardeep Singh Puri on Tuesday. 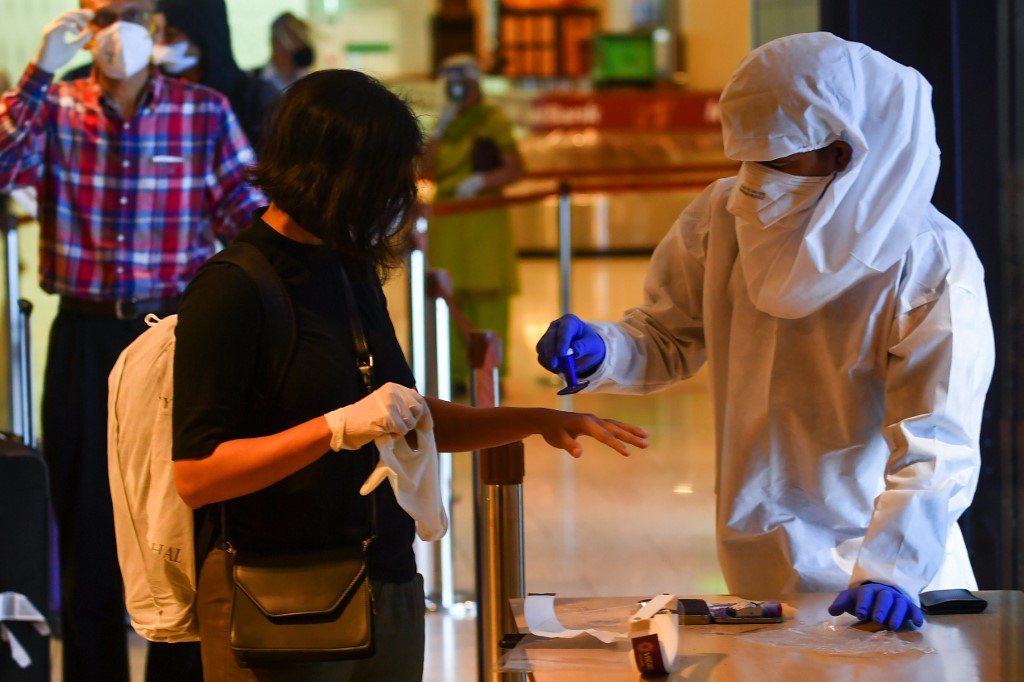 A health worker wearing Personal Protective Equipment (PPE) places a home quarantine stamp of the hand of an arriving passenger at the Chhatrapati Shivaji Maharaj International Airport (CSMIA) after domestic flights resumed, in Mumbai on May 28, 2020. (Photo: AFP)

The statement assumes significance even as it came on the day when six cases of the new variant were detected in India's three different cities. All of them had recently returned from Britain.

India had last week suspended all flights to and from Britain until the end of the month. The ban came into force from December 23.

The new variant of the virus detected in Britain has triggered widespread concern and travel restrictions across the world.