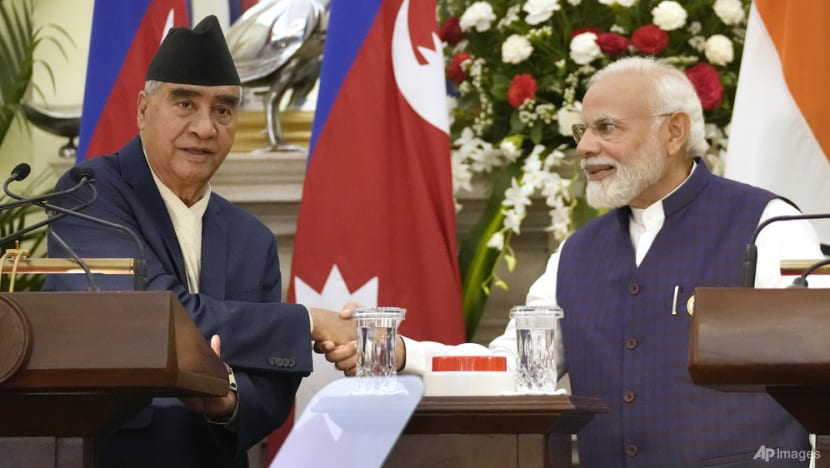 The 35-km crossborder rail link from Jaynagar in India's state of Bihar to Kurtha in Nepal was launched, and the 90-km 132 KV Solu Corridor transmission line built with India's Line of Credit at a cost of 2 billion Indian rupees (around 26.3 million U.S. dollars) was inaugurated, said a statement issued by India's Ministry of External Affairs.

Besides, India's RuPay card was also launched in Nepal on the occasion. RuPay is an Indian multinational financial services and payment service system conceived and launched by the National Payments Corporation of India.

Nepal joined the India-initiated International Solar Alliance framework agreement, while both sides exchanged a memorandum of understanding on enhancing technical cooperation in the railway sector and signed two agreements for supplying petroleum products and sharing of technical expertise.

The signing of agreements took place in the presence of visiting Nepali prime minister and his Indian counterpart Narendra Modi.

Both sides also issued a joint statement on power sector cooperation, including India's investment into Nepal's renewable power sector, in particular the hydropower.