NEW DELHI, Feb. 25 (Xinhua) -- India and Pakistan on Thursday jointly announced cease-fire along their international border, the Line of Control (LoC), and all other sectors, with effect from midnight of Wednesday to Thursday. 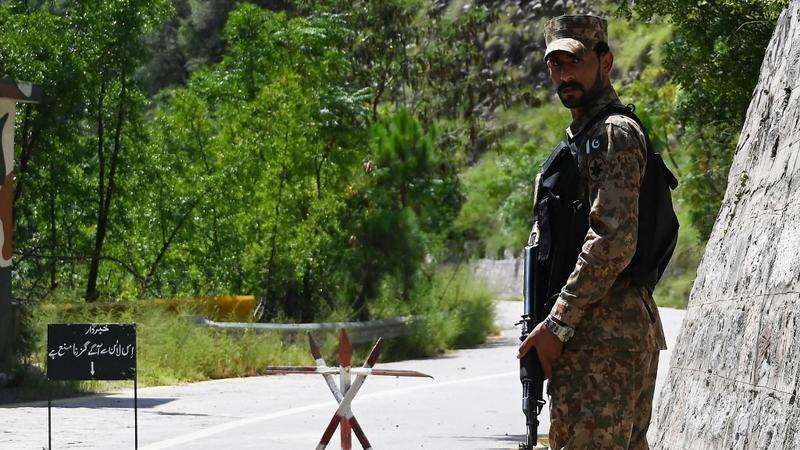 In this Aug 29, 2019 file photo, a Pakistani troop patrols near the Line of Control, the de facto border between Pakistan and India, in Chakothi sector, in Pakistan-administered Kashmir. (Photo: AFP)

A joint statement issued by the Indian defence mentioned that the Director Generals of Military Operations (DGMOs) of both countries held discussions over the established mechanism of hotline contact.

The statement further added that in the interest of achieving mutually beneficial and sustainable peace along the borders, the two DGMOs agreed to address each other's core issues and concerns which have the propensity to disturb the peace and lead to violence.

Both sides also reiterated that the existing mechanisms of hotline contact and border flag meetings will be utilized to resolve any unforeseen situation or misunderstanding, the statement said.