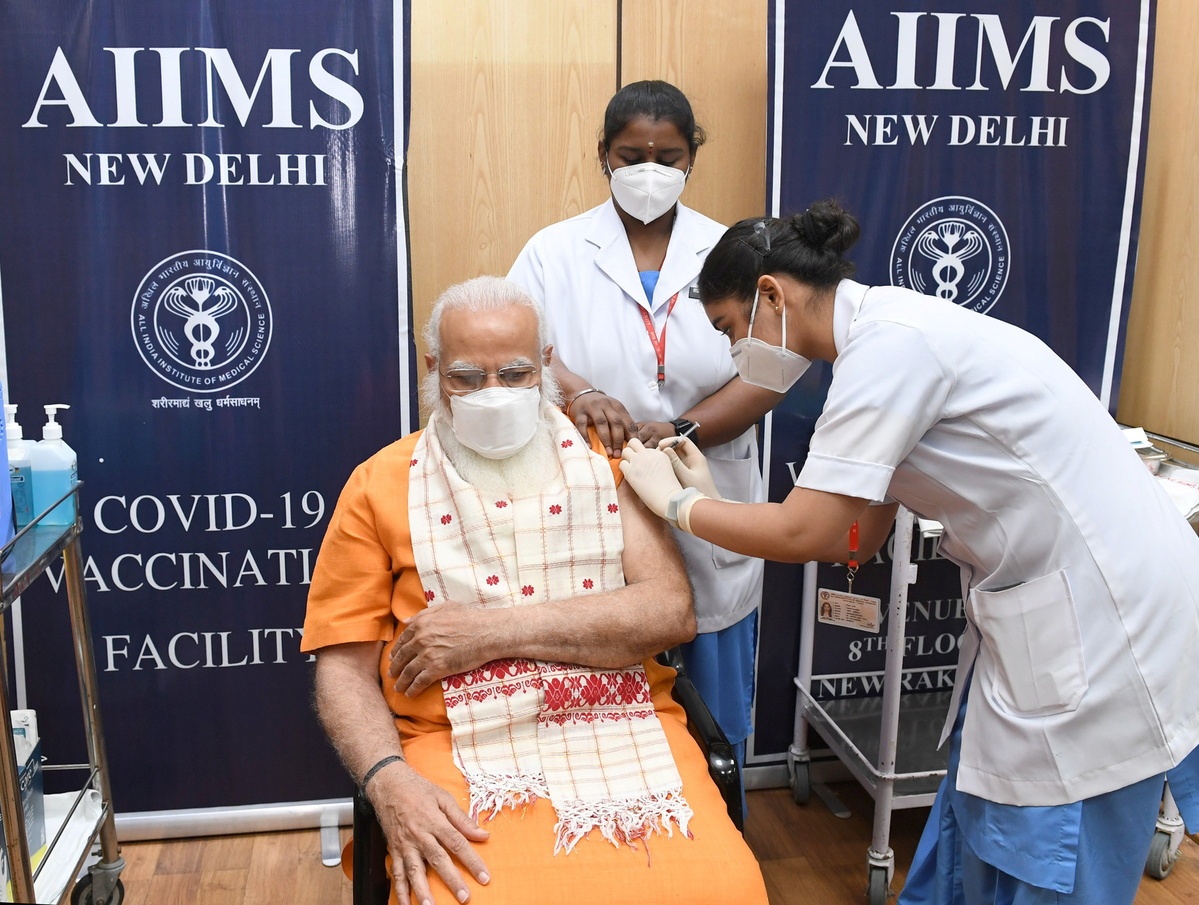 NEW DELHI - Prime Minister Narendra Modi "will not attend the G7 Summit in person" in the UK, the Indian government said Tuesday, as the country reels from a massive wave of coronavirus cases.

India is not part of the Group of Seven wealthy democracies but was invited to the talks by Britain, which holds the rotating presidency of the group throughout 2021.

"Given the prevailing Covid situation, it has been decided that the Prime Minister will not attend the G7 Summit in person," foreign ministry spokesman Arindam Bagchi said in a statement.

The decision to virtually attend the leaders' summit in Cornwall in southern England in June comes as India reported nearly 330,000 fresh cases and almost 3,900 new deaths on Monday.

The decision also comes after a virus scare within India's foreign ministry delegation in early May.

Foreign minister Subrahmanyam Jaishankar, who had travelled to Britain for G7 meetings with his counterparts, said then that he would avoid in-person meetings after a possible exposure to positive cases.

India -- a country of 1.3 billion people -- is the world's second-most infected after the United States with nearly 23 million Covid-19 cases.

The new surge in cases has ravaged major cities, including the capital New Delhi and financial hub Mumbai, pushing hospitals to breaking point and leading to severe shortages in oxygen and beds.

Many states across the country have imposed lockdowns, as well as curbs on movement and activities to try and reduce the spread of the virus.

But the pathogen is also spreading into rural areas, where the majority of the population lives, overwhelming local health centres but also crematoriums and cemeteries.

Foreign aid has been pouring into India to alleviate the nation's dire oxygen shortage as part of a huge international effort.

The urgent supplies -- from the United States, Russia and the UK among others -- include oxygen generators, face masks and vaccines.

The World Health Organisation said Monday that a Covid-19 variant spreading in India appeared to be more contagious as it classified as being "of concern".

Maria Van Kerkhove, the WHO's lead on Covid-19, said early studies also showed that antibodies appeared to have less impact on the variant in laboratory studies.