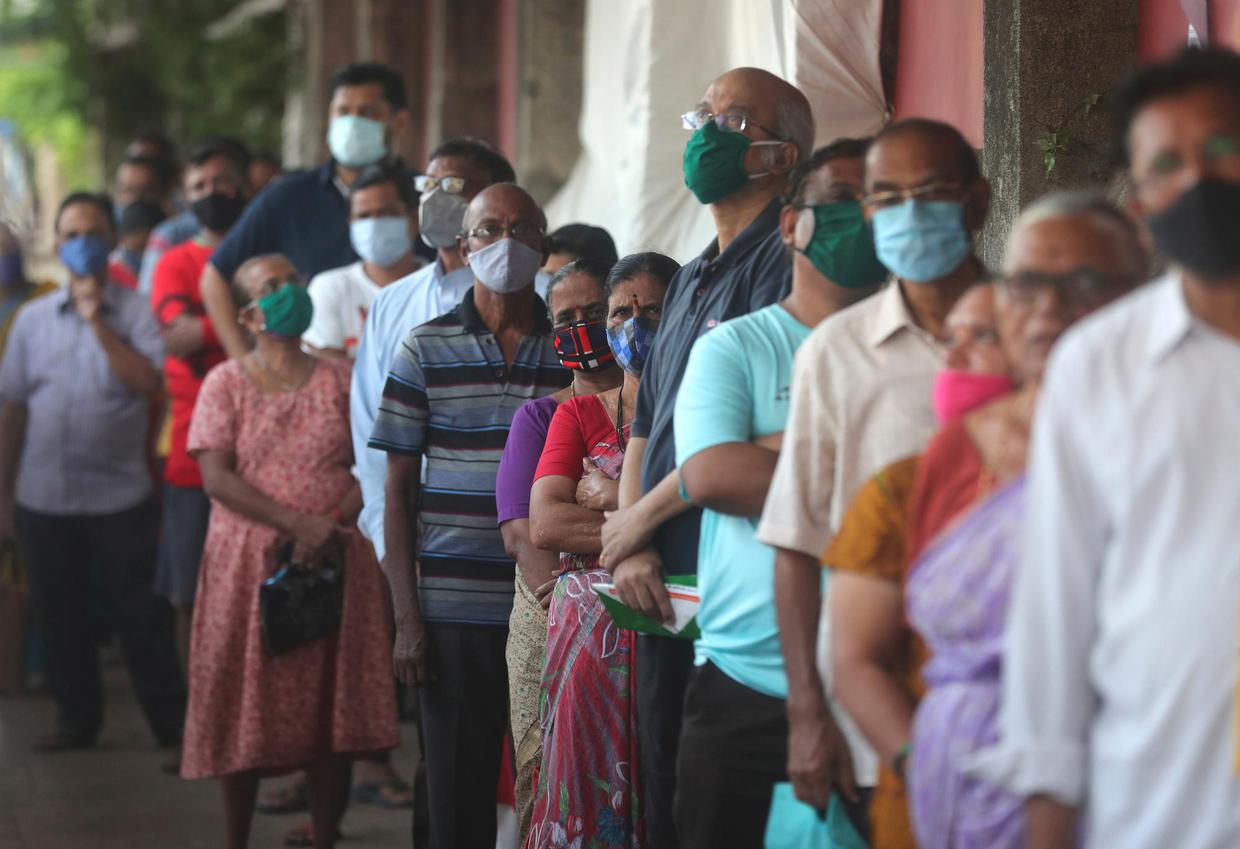 People wearing face masks as a precaution against the coronavirus line up to receive the vaccine for COVID-19 in India. (Photo: AP)

India on Thursday recorded a global record of more than 6,000 coronavirus deaths in 24 hours after one state dramatically revised upwards its data, stoking suspicions that the country's toll is much higher than reported.

According to health ministry figures, 6,148 people died in the previous 24 hours, taking total fatalities to almost 360,000, the world's third highest.

The previous world record according to an AFP tally was 5,527 in the United States on February 12, although this was also due to an upwards revision of earlier deaths.

On Wednesday the eastern state of Bihar hiked its death toll by around 4,000 to almost 9,500 after reviewing death records, officials said.

Bihar's high court in Patna demanded an audit of the figures after allegations that the local government was hiding the scale of infections and deaths.

Similar accusations have been levelled at other state governments after a recent coronavirus surge saw crematoriums overwhelmed in many places and hundreds of bodies dumped in rivers or buried in shallow graves.

With record-keeping poor even in normal times, many experts believe India's death toll is several times higher than the official number, meaning it could be over a million -- which would make it the world's highest.

Suspicions have been heightened by the fact that death rates in many countries, for example Brazil and the United States, are several times higher than in India.