Authorities across India have made adequate arrangements for the second phase of the ongoing general elections, officials said Wednesday. 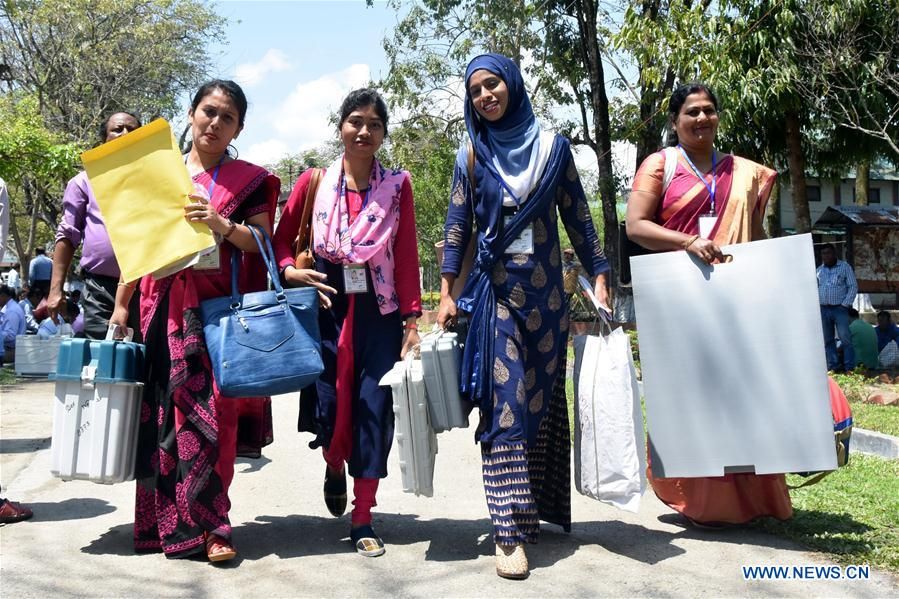 Voting for the second phase of country's 17th general elections is scheduled to take place on Thursday.

The Election Commission of India (ECI) officials said they have seized huge amount of money that was meant to be used to bribe voters during raids in several poll bound areas.

Campaigning for the second phase of polls ended Tuesday evening.

According to officials, they have started sending electronic voting machines and election staff at the respective polling stations, and security arrangements were also in place.

The first phase of the seven-phase polling was held last week. The polling was conducted peacefully except for a few incidents of violence.

In the ongoing elections, the ruling BJP is seeking to regain power under the leadership of Prime Minister Narendra Modi. He is facing tough competition from Rahul Gandhi, the fourth generation scion of India's powerful Nehru-Gandhi family and regional parties that have forged coalition in several states.