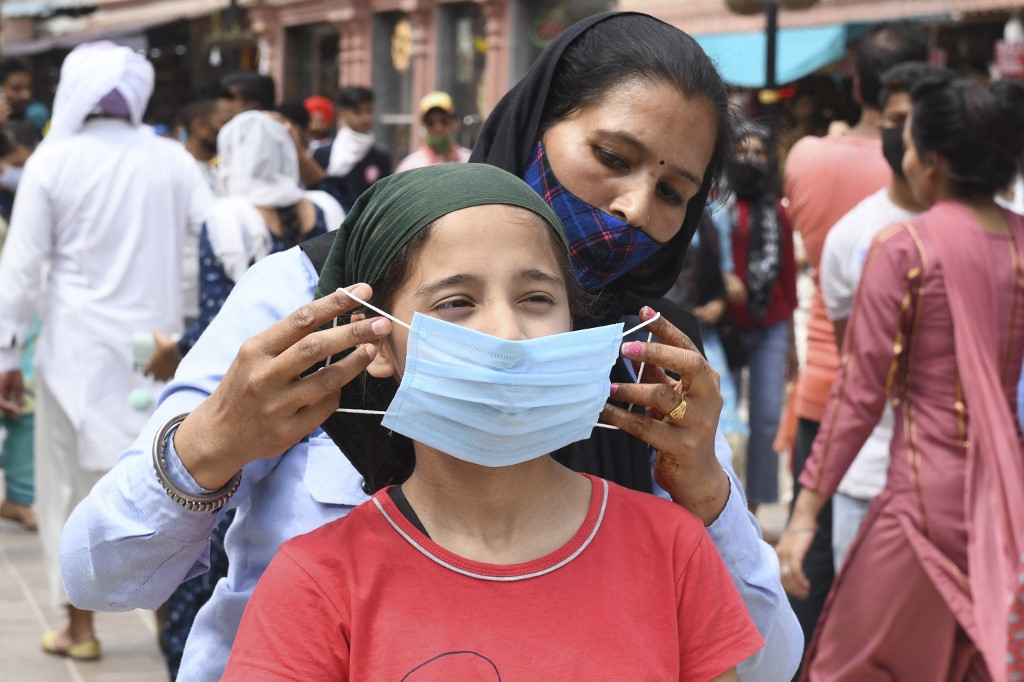 A private security guard ties a mask on the face of a child during an awareness campaign against the spread of the Covid-19 coronavirus, in Amritsar on April 4, 2021. (Photo: AFP)

There are still 741,830 active cases in the country, while 11,682,136 people have been discharged so far from hospitals after medical treatment.

There was an increase of 50,233 active cases during the past 24 hours, out of which maximum cases were reported from the southwestern state of Maharashtra.

The number of daily active cases has been on the rise over the past few days, as another wave of COVID-19 looms large in India.

India launched a nationwide vaccination drive on Jan. 16. So far 79,105,163 people have been vaccinated across the country.

Meanwhile, the federal government has ramped up COVID-19 testing facilities across the country, as over nearly 249 million tests have been conducted so far.

As many as 249,019,657 tests have been conducted till Sunday, out of which 893,749 tests were conducted on Sunday alone, said the latest data issued by the Indian Council of Medical Research (ICMR) on Monday.

The national capital Delhi, which has been one of the most COVID-19 affected places in the country, witnessed as many as 4,033 new cases and 21 deaths through Sunday.

As many as 11,081 people have died in the city due to COVID-19, confirmed the Delhi health department. Two types of vaccines are being administered to the people in India.