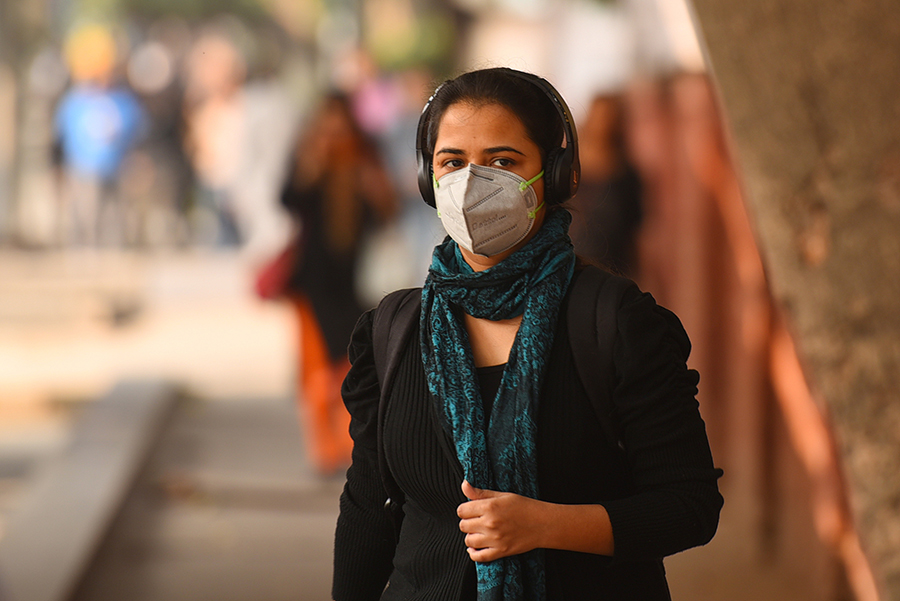 The central and state governments in India are rushing to prepare plans by Thursday to set up air purifier towers and other means to help check severe air pollution in and around the capital. The deadline was imposed by the Indian Supreme Court.

Justice Arun Mishra was aghast at what he considered apathy. "Why are people being forced to live in gas chambers? ... Why should people suffer all this?" he asked.

The court ordered the Central Pollution Control Board to submit a report on the effects that the factories operating in Delhi are having on the environment.

And it told the neighboring states of Punjab, Haryana and Uttar Pradesh to provide details of air quality, as well as measures being taken to deal with pollutants. It also told the governments of Delhi and its neighboring states to explain why they would not compensate people for being forced to drink impure water and breathe toxic air.

Medics are finding links between toxic air and increased cases of ailments in India's National Capital Region, which is inhabited by more than 46 million people.

"This pollution problem is getting worse. It seems we are incapable of fixing it," said Nirankar Singh, a Delhi-based doctor. "I am treating more people complaining of persistent coughs, breathlessness and chest ailments, these days. And I am certain that pollution is one of the main causes."

According to the Delhi Pollution Control Committee, the levels of PM 2.5 air particles - dangerous particulate matter with a diameter of less than 2.5 micrometers - in many parts of Delhi soared sometimes to around 600 micrograms a cubic meter, leaving people struggling to breathe.

Rinjini Mitra, 24, who works for a public relations company in New Delhi, said she had seen many people wearing masks to avoid inhaling pollutants.

And she was worried that the toxic cloud could also damage historic monuments.

According to Somnath Mukherjee, a leading environmental expert in India, the problem is not limited to Delhi.

He cited a recent study that said India is home to 15 of the world's 20 most polluted cities. "Mumbai, the country's financial capital, is also on that list," said Mukherjee, who has led teams for more than 500 environmental projects.

Asked if an air purifier tower is a solution, Mukherjee cited the example of China, which installed the world's largest - in Xi'an, capital of Northwest China's Shaanxi province.

An air purifier tower, Mukherjee said, filters PM 10 and PM 2.5 particles from the atmosphere. "And the air inside the tower is heated using solar energy, and the hot filtered air is released from the top," he said.

"This tower can suck 10 million cubic meters of air a day, and it is claimed that the tower can reduce the PM 2.5 by 10 percent to 19 percent in a 10-square-kilometer area. But such claims need to be examined," he said.

There are many sources of air pollution in India's capital, even though farmers have protested about complaints about their burning crop straw.

"As winter sets in and the wind blows at a slower pace, the air gets filthier and thicker in Delhi. And it gets worse during Diwali, the festival of lights when people set off firecrackers," said Singh, the doctor.

As for Mukherjee, he said: "During winter, the wind blows from the west and northwest. So, not only does it bring cold air, but it also brings dust from the deserts (in neighboring Rajasthan state, Pakistan and Iran in the west).

"This dust adds to suspended particulate matter or SPM - finely divided solids or liquids that may be dispersed through the air from combustion, industrial activities, or natural sources," he said.

Further adding to the SPMs are a large number of footpaths and open areas in Delhi that are not only unpaved, but which are also without grass, Mukherjee said.

And, he said, crop stubble burning in India's states of Punjab and Haryana increases the SPM load significantly, especially during winter.

The National Capital Region is home to more than 10.9 million vehicles. But there is no data available on the average number of vehicles plying the roads daily.

"The vehicles emit methane, carbon monoxide, nitrous oxide, and volatile organic matter. Some of the emitted chemicals in the presence of sunlight generate photochemical smog which contributes to Delhi's pollution," Mukherjee said.