NEW DELHI, Oct. 4 (Xinhua) -- The Indian and Russian leadership will extensively delve into enhancing cooperation in energy and space sectors besides inking the much-talked about S-400 missile defence system deal worth $5 billion. 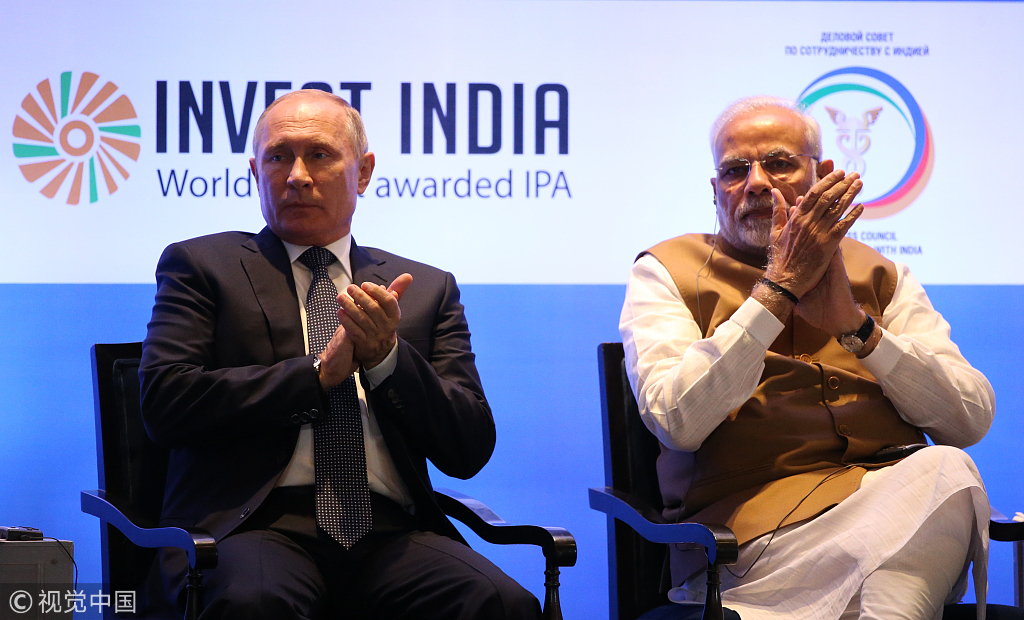 Russian President Vladimir Putin is slated to arrive in the India capital city on Thursday evening for a two-day official visit, mainly to attend the 19th bilateral summit which began in the year 2000.

On Friday, after formal delegation talks the two sides are expected to sign a set of key pacts, including a new space cooperation mechanism which gathered momentum after Indian Prime Minister Narendra Modi announced that India would send a man to the moon by 2022.

Besides defence and space, energy is the next frontier for Indo-Russia cooperation, even as India is learnt to have vastly increased its investment in Russia's energy sector, and Russia emerging as a big gas supplier for India. In 2017 energy imports from Russia grew tenfold.

India's Oil and Natural Gas Corporation (ONGC) Videsh (International), which is tasked for oil and gas exploration overseas, is raising stakes in Russia's far east. To make it easier for business, Russia has now introduced an e-visa for visitors to that region.