India's approval of homegrown vaccine criticized over lack of data 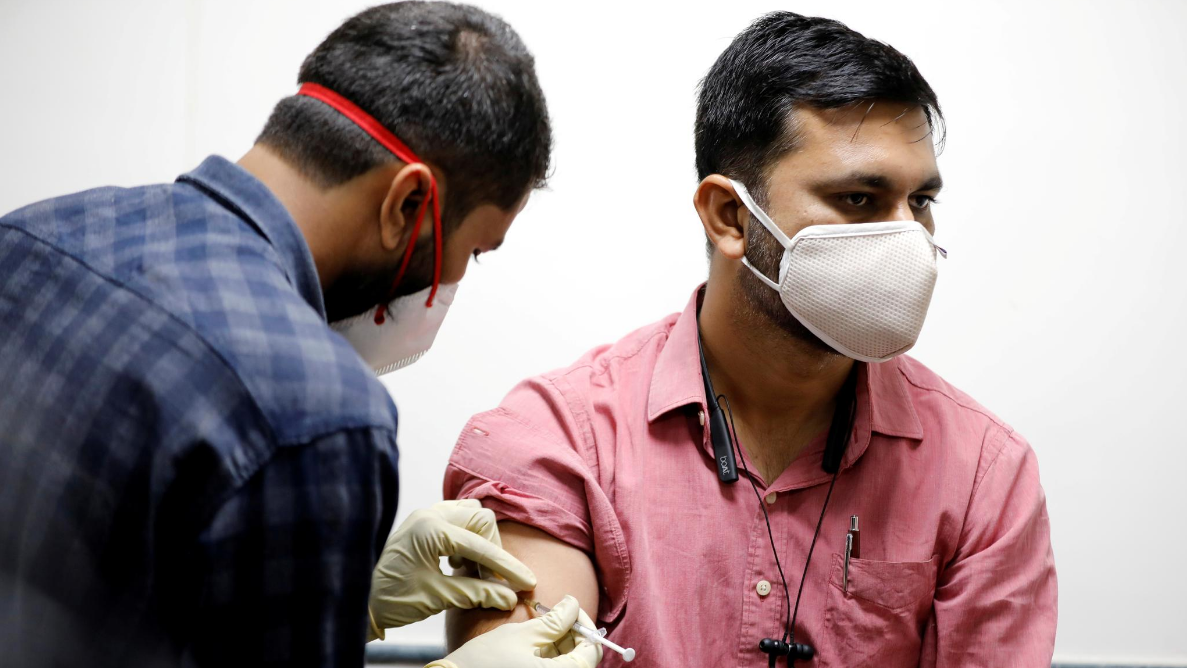 A medic administers COVAXIN, an Indian government-backed experimental COVID-19 vaccine, to a health worker during its trials, at the Gujarat Medical Education & Research Society in Ahmedabad, India, November 26, 2020. (Photo: Reuters)

India has authorized its self-developed COVID-19 vaccine COVAXIN for emergency use on Sunday while industry experts raised their concerns on the vaccine's unclear efficacy, according to Reuters.

The newly approved vaccine COVAXIN has been developed by Bharat Biotech, a company based in inland city Hyderabad on south of India. It is also backed by the state-run Indian Council of Medical Research (ICMR).

The vaccine is expected to be a backup to another vaccine developed by AstraZeneca and Oxford University, which also acquired its approval on Sunday and will be the lead vaccine in India's immunization program.

COVAXIN makes India to join a few countries which have approved their own vaccines. The company says it has submitted all data to the drugs regulator but neither the developer nor India's drug regulator has revealed the vaccine's efficacy results, raising eyebrows among experts and lawmakers.

"Approval was premature and could be dangerous," said opposition lawmaker and former minister Shashi Tharoor, "its use should be avoided till full trials are over. India can start with the AstraZeneca vaccine in the meantime."

COVAXIN launched its human trials in June 30, approved by the Drugs Controller General of India, to become the country's first domestic vaccine candidate. It started its Phase 3 trial in mid of November. People need to wait 28 days between their first and second shot. The immune response will show in two weeks.

That time frame means it isn't possible that the company submitted data showing that the shots are effective in preventing infection from the virus, said Dr. Gagandeep Kang, an infectious diseases expert at the Christian Medical College at Vellore in India, according to AP.

Bharat Biotech has recruited 23,000 volunteers out of its target of 26,000 for the ongoing phase 3 trial of COVAXIN, the largest phase 3 efficacy trial conducted for any vaccine in India.

Bharat Biotech has partnered with drug developer Ocugen Inc to co-develop it for the U.S. market, and Brazil has signed non-binding letters of intent to buy the shot. The company has said it is in discussions with more than 10 countries about COVAXIN.