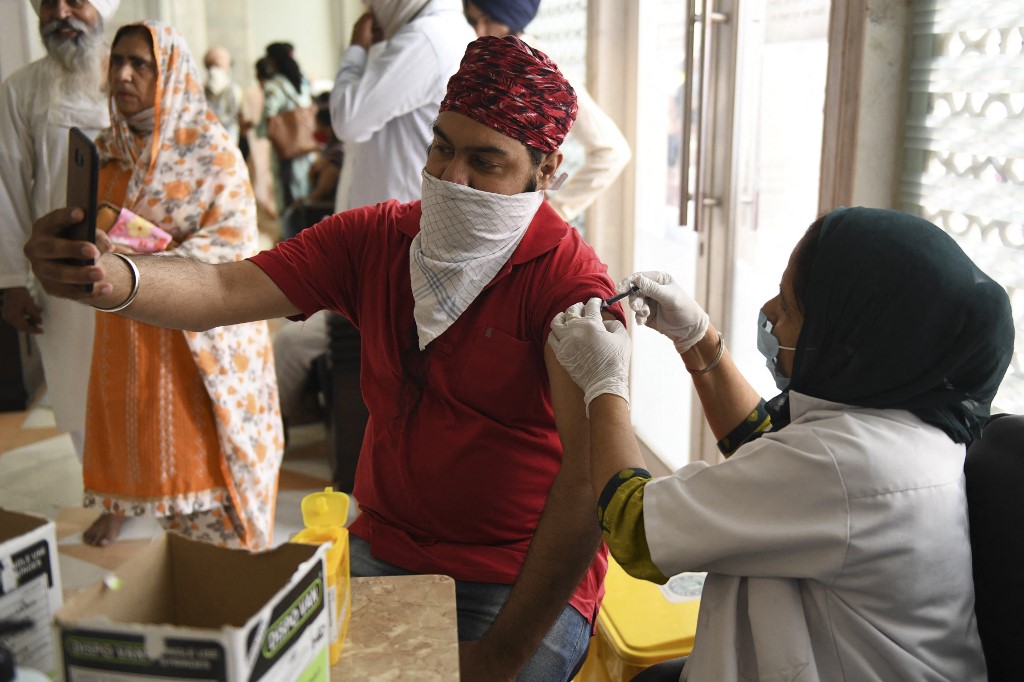 A man takes a selfie picture while a medical worker inoculates a dose of the Covaxin vaccine against the COVID-19 coronavirus in a vaccination camp organised at the complex of Golden Temple in Amritsar on May 30, 2021.(Photo: AFP)

The daily spike of new cases has been falling over the past couple of weeks. The cases registered in a day have fallen to the lowest level in the past 50 days. The daily cases breached the 150,000-mark on April 11.

Besides, as many as 3,128 deaths were reported since Sunday morning, taking the overall death toll to 329,100.

There are still 2,026,092 active cases in the country, as there was a decrease of 88,416 cases in the past 24 hours. The number of daily active cases has been on the decline over the past few days after a continuous surge since mid-April.

A total of 25,692,342 people has been cured and discharged from hospitals so far across the country, showed the latest data from the health ministry.

So far over 213 million vaccination doses (213,154,129) have been administered to the people across the country since India kicked off a nationwide vaccination drive on Jan. 16.

The third phase of COVID-19 vaccination is covering all people aged 18 years and above, although an acute shortage of vaccines is being felt across the country.

Meanwhile, the Indian government has ramped up COVID-19 testing facilities as over 344 million tests have been conducted so far.

Besides, the Russia-made vaccine Sputnik-V is also being administered.