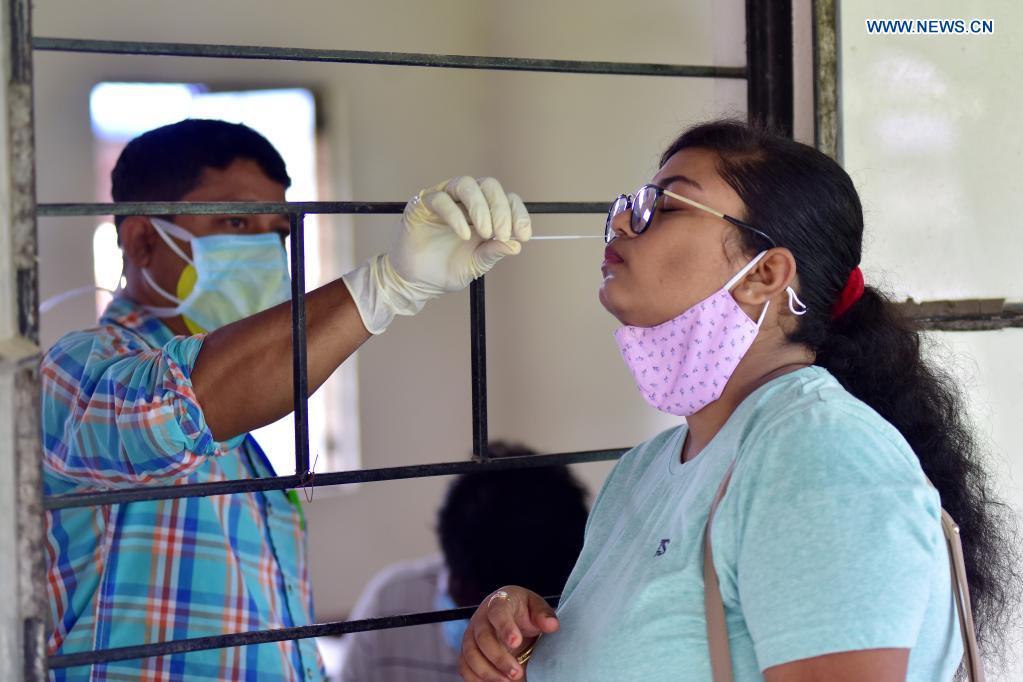 A health worker takes a nasal swab sample from a woman for COVID-19 testing in Nagaon district of India's northeastern state of Assam, June 11, 2021. India's COVID-19 tally rose to 29,274,823 on Friday, with 91,702 new cases recorded in the past 24 hours, said the federal health ministry. (Photos: Xinhua)

This was the fourth consecutive day when less than 100,000 cases were registered across the country, after peaking to over 400,000 for several days in April-May which was dubbed as the pandemic's second wave.

The Philippines' Department of Health (DOH) reported 6,686 new COVID-19 infections, bringing the total number of confirmed cases in the Southeast Asian country to 1,300,349.

The death toll climbed to 22,507 after 196 more patients died from the viral disease, the DOH said.

The Philippines, which has more than 110 million population, has tested more than 13 million people since the outbreak in January 2020.

Thailand recorded 2,290 new COVID-19 infections, the lowest increase within 10 days, bringing its total cases to 189,828, according to the Center for the COVID-19 Situation Administration (CCSA).

The new cases included 30 imported and 2,260 locally transmitted infections, of which 294 were detected in prisons, CCSA data showed.

Another 27 new fatalities were reported, taking the national death toll to 1,402.

The NCOC said in a statement that the country's number of overall cases had risen to 938,737, including 873,543 recoveries.

There are 43,618 active cases are under treatment across the country, including 2,841 being in critical condition.

According to the NCOC, the pandemic killed 47 people during the last 24 hours, increasing the death toll to 21,576.

Cambodia confirmed 655 new COVID-19 cases, pushing the national tally to 37,321, the Ministry of Health (MoH) said in a statement.

Eleven more fatalities had been reported, bringing the death toll to 311, the ministry said, adding that 810 patients had recovered, taking the total number of recoveries to 30,617.

South Korea reported 556 more cases of COVID-19 as of midnight Thursday compared to 24 hours ago, raising the total number of infections to 146,859.

The daily caseload was down from 611 in the prior day, falling below 600 in three days. The daily average caseload for the past week was 573. 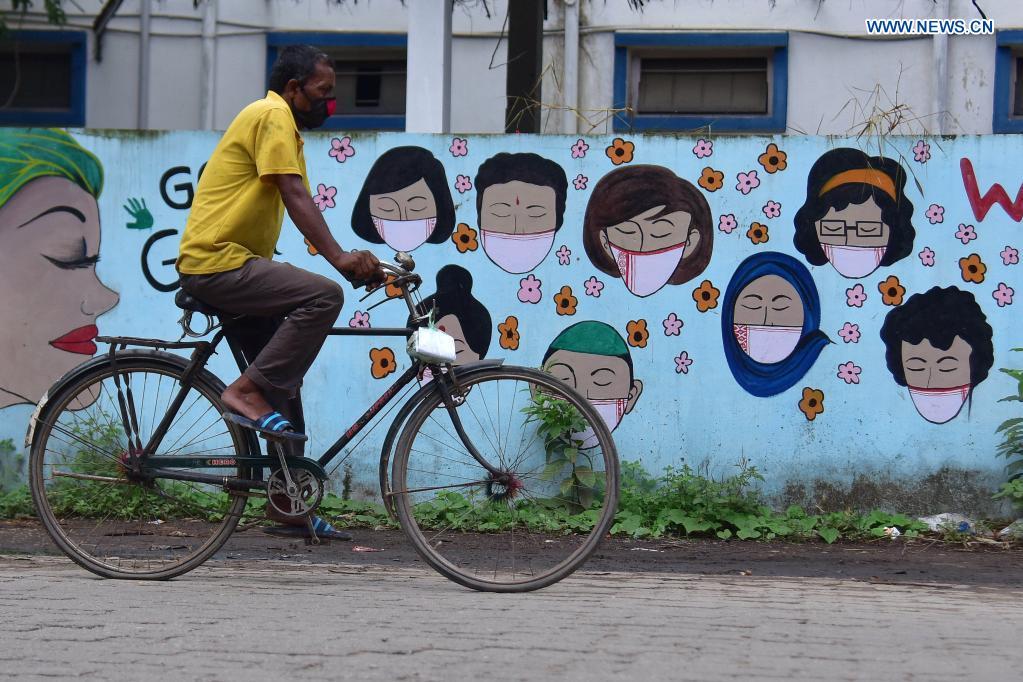 A man wearing a mask rides a bicycle past a wall with graffiti during a lockdown imposed to curb the spread of the COVID-19 pandemic in Nagaon district of India's northeastern state of Assam, June 11, 2021.