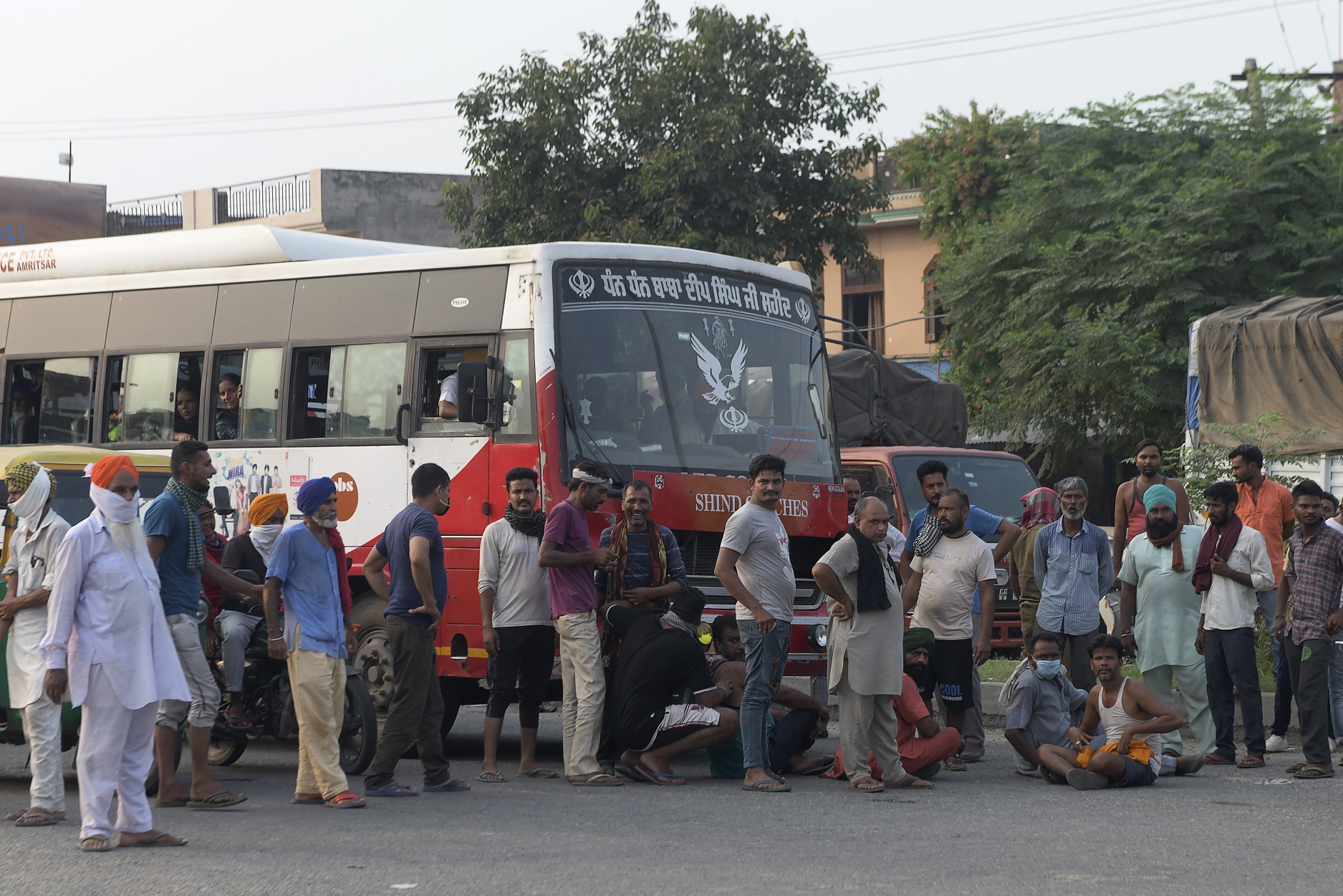 Photo: Truck drivers protest as farmers blocked a road during a demonstration against agriculture ordinances introduced by the central government, near Rayya village, about 35 km from Amritsar on September 15, 2020. /AFP

The country's death toll due to the pandemic reached 82,066, as 1,290 deaths were reported in the past 24 hours from across the country.

Still there are 995,933 active COVID-19 cases in the country, while 3,942,360 people have been successfully cured and discharged from hospitals across the country.

India has emerged as the worst-hit country globally in terms of new COVID-19 cases discovered every day. Over the past one week the average number of daily infections has been over 90,000.

This average was around 24,000 two months ago, and 58,000 a month ago. India's new cases detected per day are more than double the daily average of the United States and Brazil, the other two worst affected countries.

Amid the COVID-19 pandemic, the Indian Parliament began its monsoon session on Monday, with strict arrangements in place for maintaining social distancing.

As a first in the history of the Indian Parliament, seating arrangements for lawmakers have been made in such a manner that the lawmakers belonging to one house will sit in the other house too while being connected through live video-conferencing.

The sound system of both the houses have also been integrated to enable the lawmakers to participate in the parliamentary proceedings at a real time basis.

Timings of sittings of both the Houses Lok Sabha and Rajya Sabha, have been changed and media persons' entry restricted too.