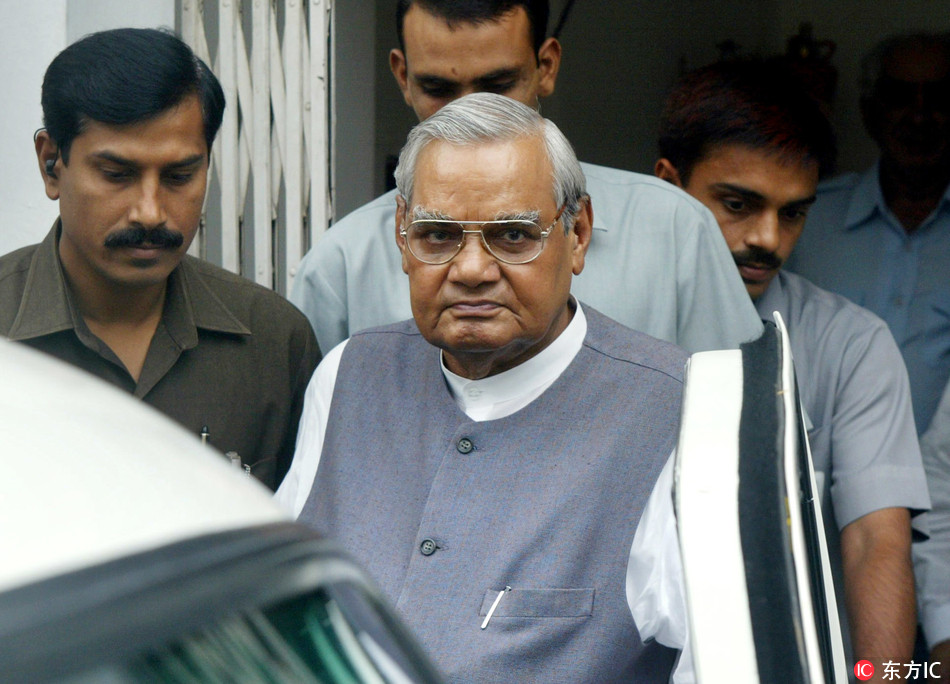 NEW DELHI, Aug. 16 (Xinhua) -- India's former prime minister Atal Bihari Vajpayee passed away on Thursday, according to a statement issued by the hospital where he was admitted.

Vajpayee, who belonged to the Bharatiya Janata Party (BJP), the main ruling party in the country, was 93 years old.

A bachelor throughout his life, he was survived by an adopted daughter.

Vajpayee had been admitted in Delhi-based "All India Institute of Medical Sciences (AIIMS)" for the past nine weeks after complaints of kidney infection and breathlessness. His condition had deteriorated over the past couple of days, after which he continued to be on life-support system.

He had been bed-ridden for the past several years, in almost an unconscious state.

Vajpayee served as Indian prime minister thrice - first in 1996 for only 13 days, and then for two consecutive terms between March 1998 to May 2004, out of which the first tenure lasted for 13 months.

During his active political life, he was always seen as a great orator and had friends cutting across party lines.

Besides his political life, Vajpayee also served as a journalist after completing his education. He also served as India's external affairs minister from March 1977 to July 1979.

Vajpayee became a member of India's parliament for the first time in 1957. Thereafter, he was elected to the parliament many times, to both houses of Indian parliament - Lok Sabha and Rajya Sabha.

He had the distinction of being the only parliamentarian in the country to have been elected from four different states - northern state Uttar Pradesh, western state Gujarat, central state Madhya Pradesh and Delhi.