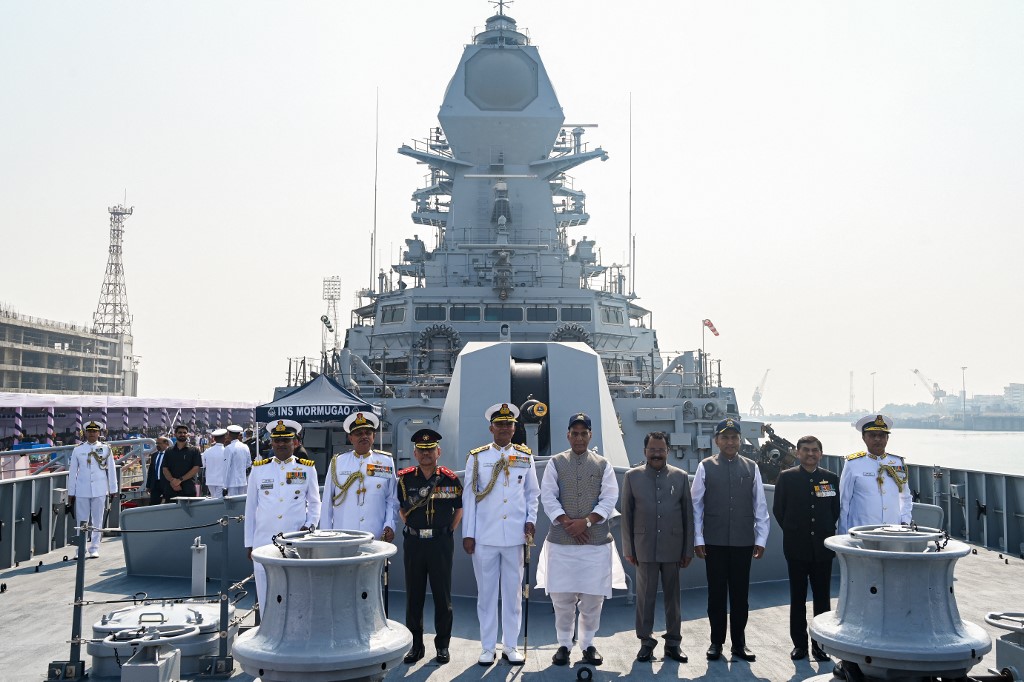 India's Chief of the Naval Staff (CNS) Admiral R. Hari Kumar (4L) and Defence Minister Rajnath Singh (5R) poses with other dignitories after commissioning INS Mormugao, the second stealth guided missile destroyer of Project 15B, into the Indian Navy, at the Naval Dockyard in Mumbai on December 18, 2022. (Photo: AFP)

The warship was commissioned at the naval dockyard in Mumbai, the capital city of Maharashtra.

The warship is named after Mormugao, a seaport city situated in Goa.

The warship is propelled by four powerful gas turbines and capable of achieving speeds of over 30 knots. It is equipped with surface-to-surface and surface-to-air missiles and modern surveillance radar.