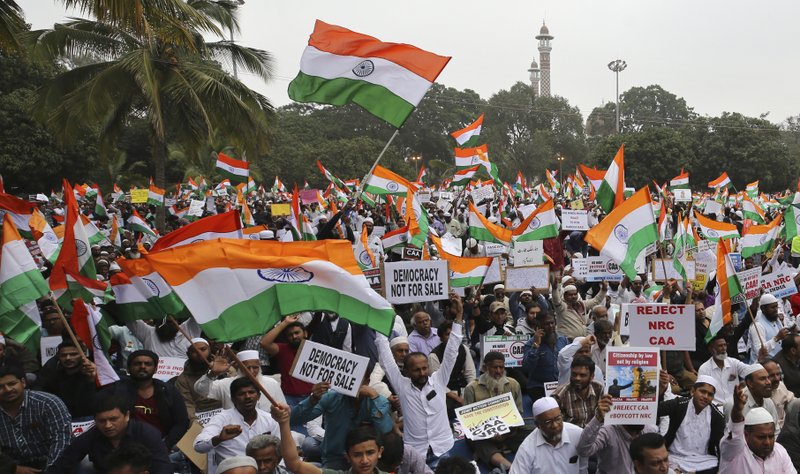 The gathering was organised by the INC leaders to mark a protest against the Citizenship Amendment Act (CAA) passed by the country's Parliament earlier this month.

The new act provides for granting citizenship to the illegal immigrants belonging to six communities -- Hindus, Sikhs, Jains, Parsis, Christians and Buddhists, who escaped persecution in three countries -- Pakistan, Bangladesh and Afghanistan, and took refuge in India over the years.

Those opposing the new act argue that it was against the basic tenets of the Indian Constitution, which, according to them, "does not discriminate among Indian citizens on the basis of religion."

Termed as Satyagrah, which means "Follow the Truth" -- a policy of passive political resistance especially advocated by Mahatma Gandhi against the British rule in India, at today's event the INC leaders made a show of strength against the Bharatiya Janata Party (BJP)-led Centre Government's move to pass the CAA, which triggered a spate of violent protests by students and members of civil society across the country for over a week now.

The violent protests and clashes between the protesters and the police also witnessed several deaths and many injured. Thousands of protesters have been arrested across the nation.

Led by Sonia Gandhi, those present on the occasion red out the Preamble of the Indian Constitution.