NEW DELHI, May 25 (Xinhua) -- The newly-elected Indian lawmakers from the ruling National Democratic Alliance (NDA), including the main ruling Bharatiya Janata Party (BJP), unanimously elected Narendra Modi as their leader on Saturday, thus paving the way for him to become prime minister once again. 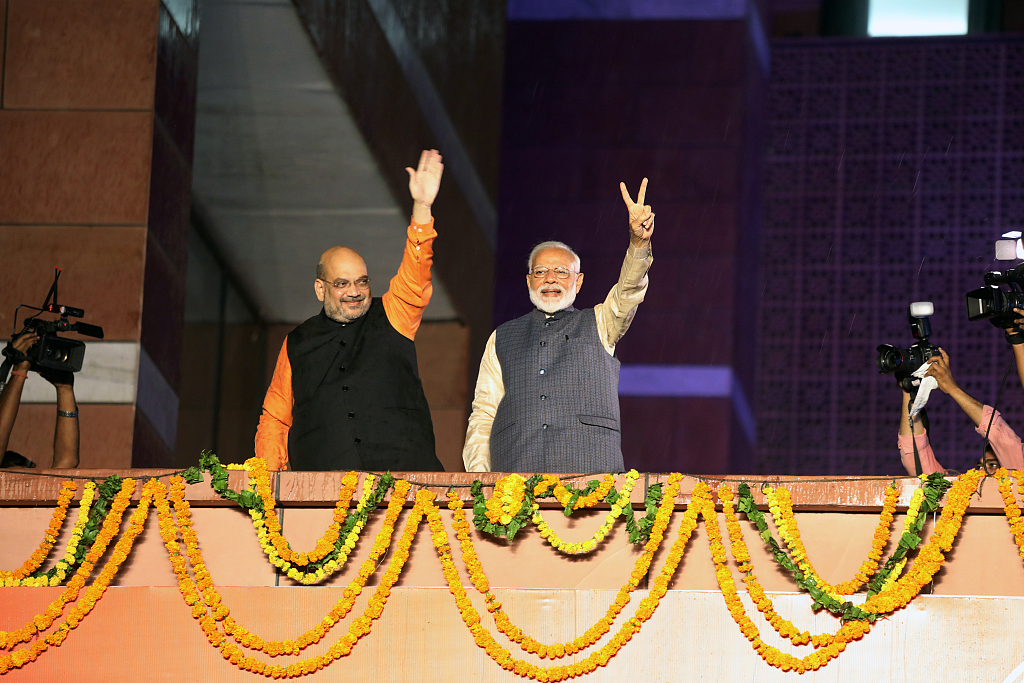 This will be Modi's second consecutive term as the prime minister.

In the just-concluded general elections, the NDA won in 353 parliamentary constituencies of the lower house "Lok Sabha" out of the total 542 that went to polls.

At a ceremony held in the Central Hall of Indian parliament, Prakash Singh Badal, president of the NDA partner Shiromani Akali Dal (SAD), proposed Modi's name, while leaders of 13 other Alliance partners supported his proposal, thereby completing the procedure of electing Modi as the leader of NDA.

After being elected as the ruling NDA leader, Modi is expected to meet the country's President Ram Nath Kovind later to stake a claim to form his next government.