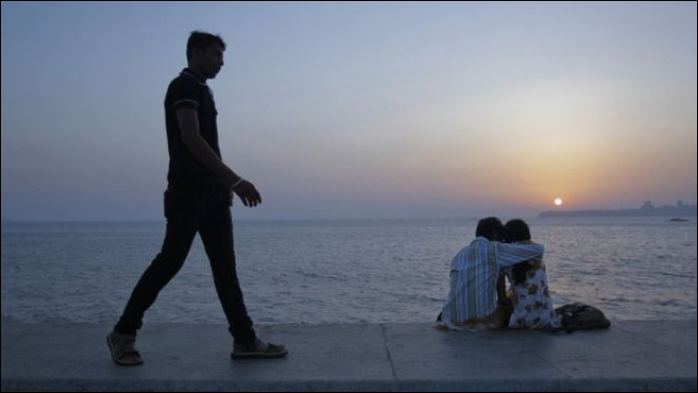 "The husband is not the master of the wife" ruled India's top court while abolishing a 158-year-old British-era law that punished a married man for the offence of adultery if he had sexual relations with a married woman "without the consent of her husband."

Section 497 of the Indian Penal Code punished a man who has an affair with a woman without the consent or connivance of her husband; with up to five years in jail and women could neither file a complaint nor be held liable for adultery. Instead, the man was considered to be a seducer.

In 1954, the court upheld adultery as a crime arguing "it is commonly accepted that it is the man who is the seducer and not the woman."

In the landmark judgment Chief Justice Dipak Misra said that while it could be grounds for civil issues like divorce, "it cannot be a criminal offence."

Who fought against it?

In August 2017, Joseph Shine an Indian businessman living in Italy filed a petition against the law arguing that it discriminated against men while treating women as an object.

"Married women are not a special case for the purpose of prosecution for adultery. They are not in any way situated differently than men," his petition said.

While reacting to the verdict, Suvidutt Sundaram, Shine's lawyer told CGTN, "A 158-year-old law does not have any space in today's progressive world," adding that "The law was discriminatory against both men and women."

"Any law in any country should be gender neutral," Sundaram told CGTN.

In July, the Indian government defended the law saying that "Striking down of the provision would tantamount to decriminalizing the offence of adultery, thereby eroding the sanctity of marriage and the fabric of society at large."

"Not just the sanctity of marriage, today people are also talking about a woman's right to make intimate choices," said Sundaram while speaking to CGTN.

What has been the reaction to the latest ruling?

"I think it is remarkable how we have seen Victorian era laws struck down by the Supreme Court recently. Section 377 was the first big one followed now by the obsolete adultery law. I hope the next step would be for lawmakers and courts to recognize marital rape as a crime," said eminent Indian journalist Nidhi Razdan while speaking to CGTN.

Kavita Krishnan, secretary of the All India Progressive Women's Association hailed the verdict on twitter saying "The law criminalizing men for relations with some other man's wife was patriarchal, assumes wife is husband's property and has no autonomy. Good riddance #AdulteryVerdict."

While speaking to CGTN, Swati Maliwal, head of Delhi's women commission criticized the verdict saying that the decision is tantamount to extending "open license" to cheating among men. She said, "Instead of making the verdict gender neutral the court has made it totally anti-women."

Where else it's a crime?

Adultery is considered illegal in 21 American states, including New York.

Adultery is prohibited in Sharia or Islamic Law, so it is a criminal offence in Islamic countries such as Iran, Saudi Arabia, Afghanistan, Pakistan, Bangladesh and Somalia.

In 2015, South Korea's Supreme Court struck down a similar law where a man could be sent to prison for two years or less for adultery.

In the UK, adultery is not a criminal offence and like many other countries, one of the main reasons given for divorce.

In China, adultery is not a crime but can be grounds for divorce. However, Chinese law bans bigamy.