India's Supreme Court said on Friday that the indefinite shutdown of the internet in Indian-controlled Kashmir was unwarranted, rebuking the government for the communications lockdown imposed after it revoked the special status of the Muslim majority region in August. 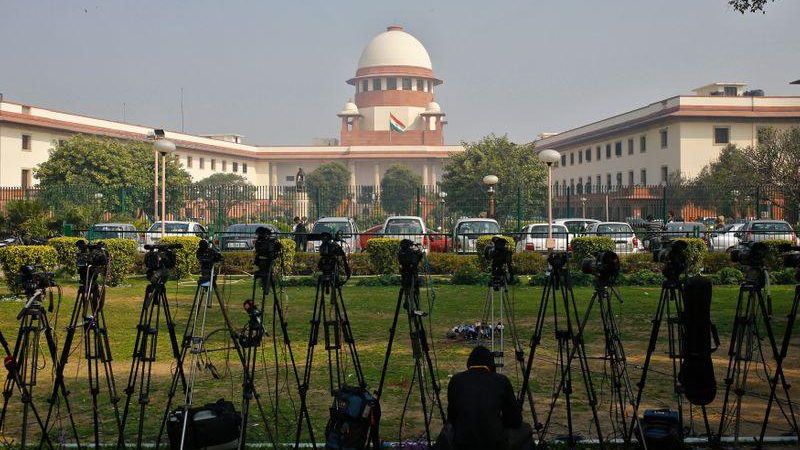 The court said the indefinite suspension violates India's telecoms rules and ordered authorities in Indian-controlled Kashmir to review all curbs in a week's time.

"Such suspension can only be for a limited time period and is subject to judicial review," the ruling said, adding that all orders imposing the restrictions should be published so that they can be challenged in courts of law.

As a security measure to prevent the spread of dissent in Indian-controlled Kashmir, the government snapped all public telecommunications connections, including mobile phones and internet, arguing it was essential to maintain calm.

Although some mobile phone connections have since been restored, the internet shutdown is still in place in parts of the Himalayan region, which is also claimed by Pakistan.

The loss of internet has severely disrupted the lives of around seven million people in the Kashmir valley, impacting everything from college admissions to businesses filing tax returns.

"The court also said the freedom of press is impacted by the shutdown," said Vrinda Grover, an advocate representing petitioners, which include journalists and civil society members. "It is an abuse of power."

The verdict came on top of a bunch of petitions against the internet and communication blackout imposed in Indian-controlled Kashmir over the past four months.