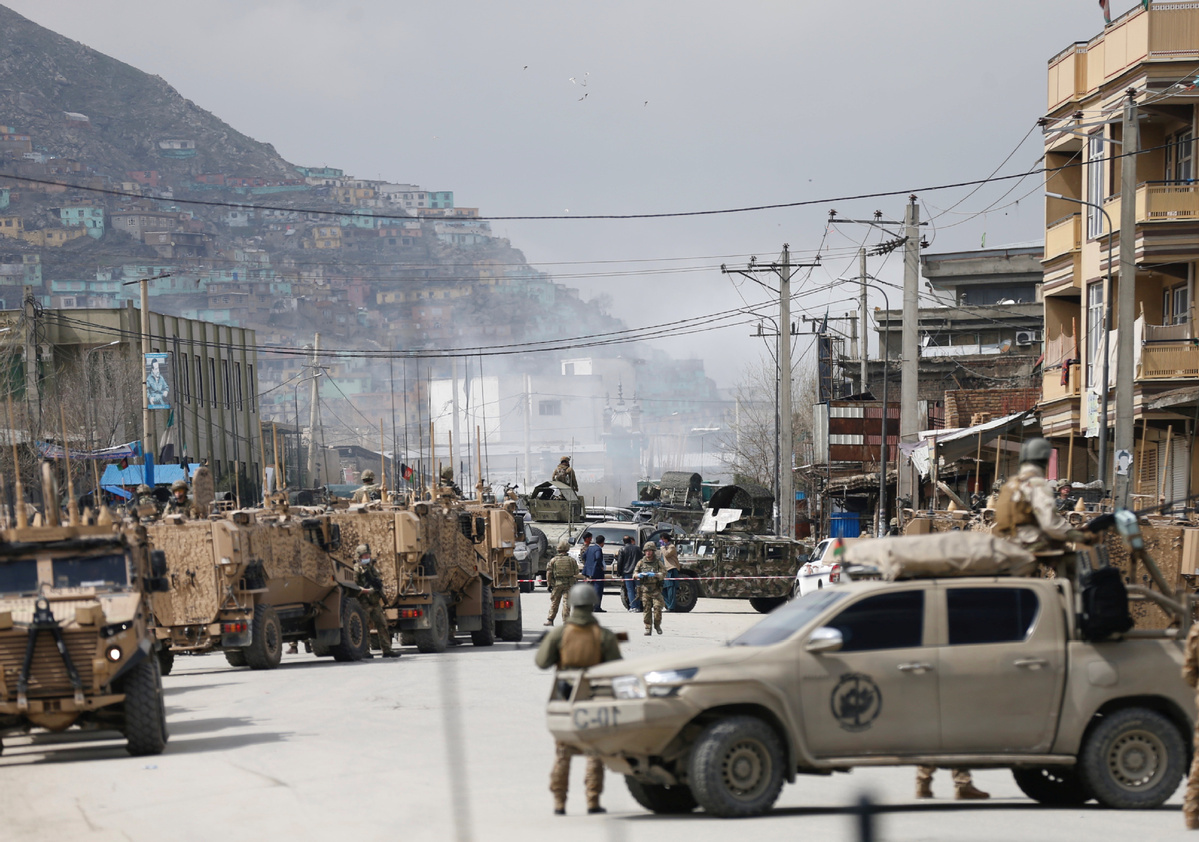 Afghan security forces inspect near the site of an attack in Kabul, Afghanistan, March 25, 2020. (Photo: Agencies)

NEW DELHI - India's Ministry of External Affairs on Wednesday strongly condemned the suicide attack on a shrine belonging to the Sikh community in Afghanistan's Kabul, which took a few human lives and injured many others.

So far there is no official confirmation about the number of people killed in the attack, although reports say at least two attackers were killed and more than a dozen others wounded.

"Such cowardly attacks on the places of religious worship of the minority community, especially at this time of COVID-19 pandemic, is reflective of the diabolical mindset of the perpetrators and their backers," said a press release issued by India's Ministry of External Affairs.

It added: "We commend the brave Afghan security forces for their valorous response to the attack and their exemplary courage and dedication to protect the Afghan people and secure the country."

India stands in solidarity with the people, the Government and the security forces of Afghanistan in their efforts for bringing peace and security to the country, added the Ministry's release.

India stands ready to extend all possible assistance to the affected families of the Hindu and Sikh community of Afghanistan, it said.