NEW DELHI, June 4 (Xinhua) -- India's Telecom Minister Ravi Shankar Prasad has said that the Department of Telecommunications (DoT) will auction airwaves in fifth generation, or "5G," and other bands and begin trials in the next 100 days. 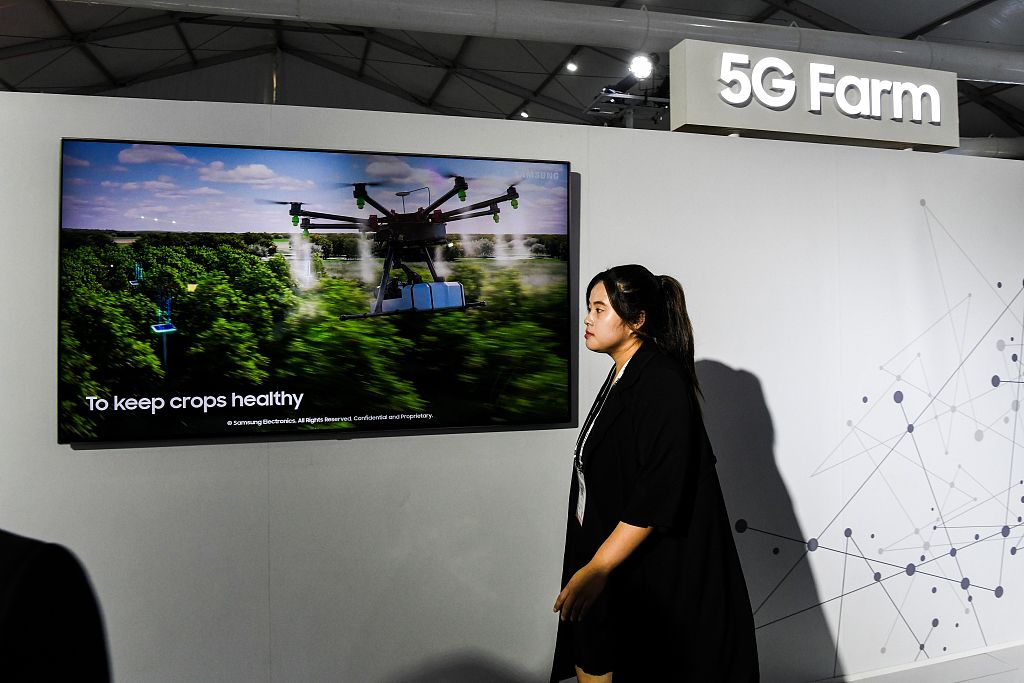 A host walks through the installation of '5G' operating display at the India Mobile Congress 2018 in New Delhi on October 25, 2018. (Photo: VCG)

The decision to auction airwaves assumes significance as the sale proceeds are a major source of revenue for the state exchequer.

The Telecom Regulatory Authority of India (TRAI) had in August recommended to the DoT, auctioning of 20MHz blocks in the 3300-3600 MHz spectrum band, the airwaves earmarked for 5G, at 492 crore Indian Rupees per MHz.

In a bid to tackle issues related with data security, the country's government has formed a committee, comprising of senior officials from the Intelligence Bureau (IB), External Affairs Ministry, Home Ministry (Internal Security), the Cyber Security Wing, besides the ministries of Information Technology, and Telecom.

Meanwhile, Chinese company Huawei gave its full commitment regarding compliance of data security. English daily "The Times of India" quoted Huawei India's Chief Operating Officer (CEO) Jay Chen as saying - "All the data that Huawei India handles is stored locally. The company is in compliance with all rules and regulations."