WORLD India to brace for another cyclone Yaas

India to brace for another cyclone Yaas

NEW DELHI, May 24 (Xinhua) -- A Week after cyclone Tauktae wreaked havoc and left behind a trail of destruction, India is bracing for another cyclone Yaas, officials said Monday. 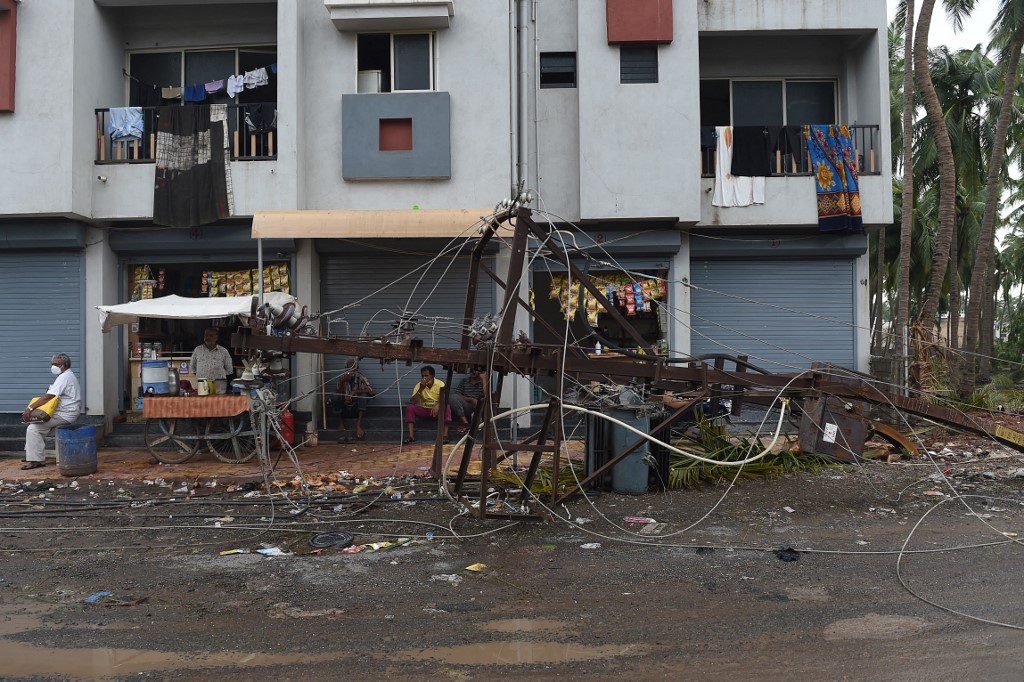 A damaged electricity transformer lies on the ground in Mahuva on May 19, 2021, after Cyclone Tauktae hit the west coast of India with powerful winds and driving rain, leaving at least 55 people dead and almost 100 missing. (File photo: AFP)

According to the India Meteorological Department (IMD), the cyclone will make landfall at north Odisha - West Bengal coast between Paradip and Sagar Island on Wednesday evening.

Officials said primacy would be given to prompt evacuation of people from vulnerable areas, including those living in low lying areas.

Authorities have made adequate arrangements to set up cyclone shelters with necessary logistics for people affected by the cyclone.

IMD had predicted heavy rains and storms across the Gangetic West Bengal including Kolkata. Fishermen have been advised against going to sea from Monday evening.

Reports said many people have been evacuated to safer places in coastal areas and drones pressed into service to monitor the situation.

Meanwhile, the eastern railway said it has canceled 25 trains between May 24 and May 29 due to cyclone Yaas. The Railways issued a press release, informing about the decision and also shared a list of the trains it has canceled.

The death count on barge P305 which sank during cyclone Tauktae fury rose to 70 on Sunday with the recovery of four more bodies, the Navy said.