India to roll out quick and cheap coronavirus paper test

A fast and cheap paper-based coronavirus test will soon be available across India, with scientists hopeful it will help turn the tide on the pandemic in one of the world's worst-hit nations. 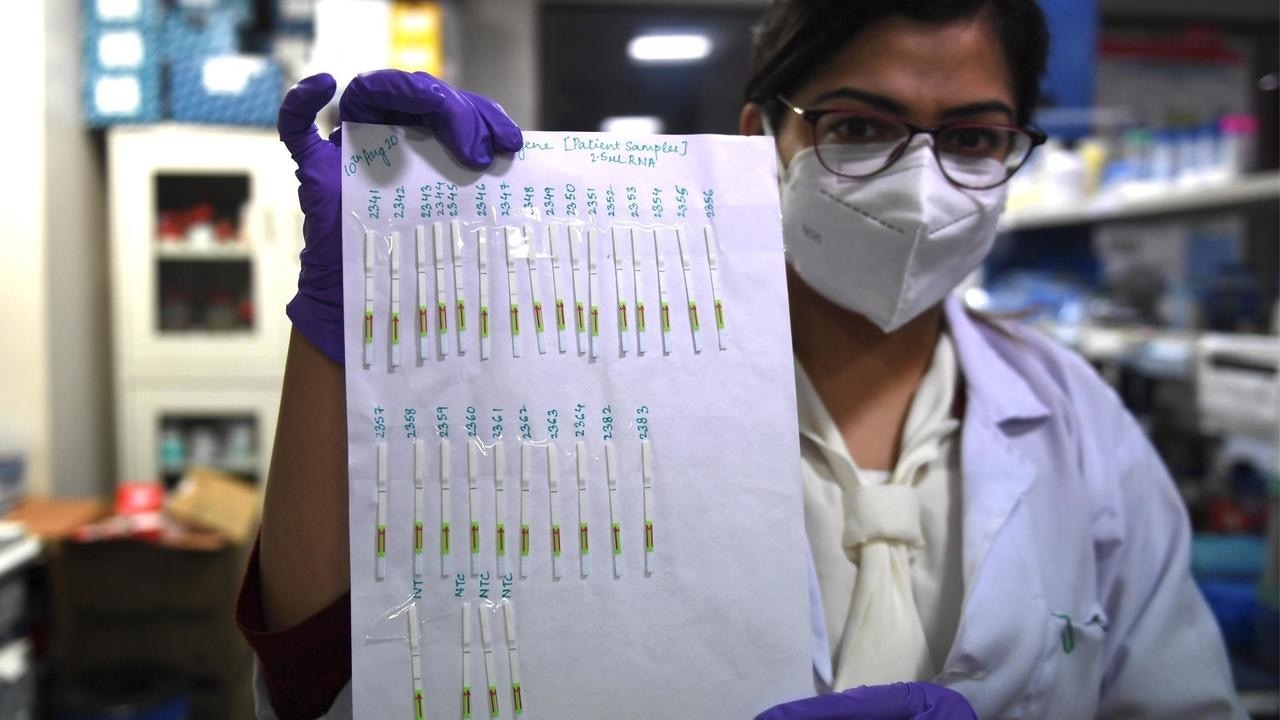 A fast and cheap paper-based coronavirus test will soon be available across India, with scientists hopeful it will help turn the tide on the pandemic. (Photo; AFP)

India has recorded more than 7.5 million infections, second only to the United States, and the outbreak has spread from densely packed megacities like Mumbai to rural communities with limited medical services.

The locally developed Feluda, named for a detective in a famous Indian novel series, resembles a home pregnancy paper-strip test and delivers results within an hour.

Researchers are optimistic that its low cost and ease of use can help stem the pathogen's spread in poor and remote areas.

"There are lots of remote parts of India where you do not have any sophisticated laboratories... (The test) will be much easier to deploy; it will have much more penetration."

India currently diagnoses Covid-19 with either RT-PCR tests, which are highly accurate but require advanced lab machinery, or antigen tests, which can give results in just a few minutes at a limited cost but with significantly lower accuracy.

Feluda, like other inexpensive paper-based tests being developed in other countries, claims to combine the accuracy of the PCR test with the accessibility of the antigen kits.

It uses the gene-editing technique CRISPR-Cas9, which recently earned its inventors Jennifer Doudna and Emmanuelle Charpentier the Nobel Prize in Chemistry.

Feluda has been granted government regulatory approval and Health Minister Harsh Vardhan said last week it could be rolled out in the next few weeks by Indian conglomerate Tata Group.

If made available within that timeframe, India will be one of the first countries in the world to begin mass use of such a test.

The price has not been released, but local media said it could cost around 500 rupees ($6.80) -- around a fifth of what a PCR test costs in New Delhi.

The current prototype requires a PCR machine for processing, but scientists are working on a saliva or self-swabbing version that can be used at home, co-founder and IGIB scientist Debojyoti Chakraborty said.