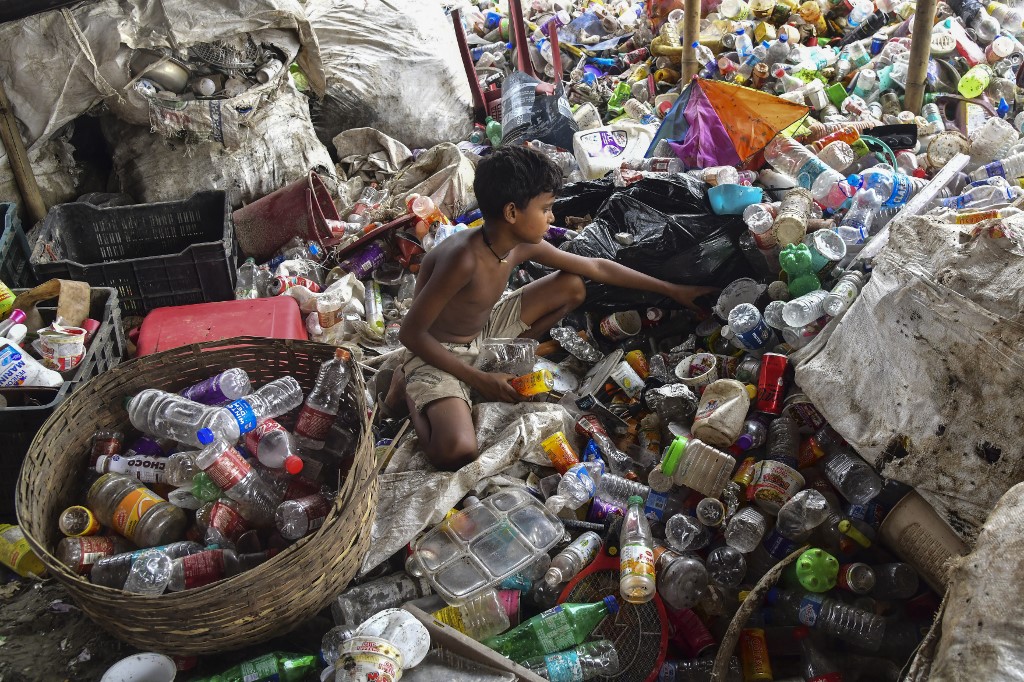 A boy sorts recyclable plastic collected at a garbage dumpsite in Guwahati on June 4, 2022. (Photo: AFP)

All states and territories in the country have been asked to set up border checkpoints to stop inter-state movement of any banned SUP items, said an official announcement, which reiterated a complete ban on use of SUP in the country with effect from July 1.

The Ministry of Environment, Forest and Climate Change notified the "Plastic Waste Management Amendment Rules, 2021" on August 12 last year, in a bid to curb pollution caused by littered and unmanaged plastic waste in the country.

The list of banned SUP items includes plastic sticks for balloons, plastic flags and polystyrene for decoration, among others.

Capacity building workshops are being organized for related micro, small and medium enterprises to provide them technical assistance for manufacturing alternatives.