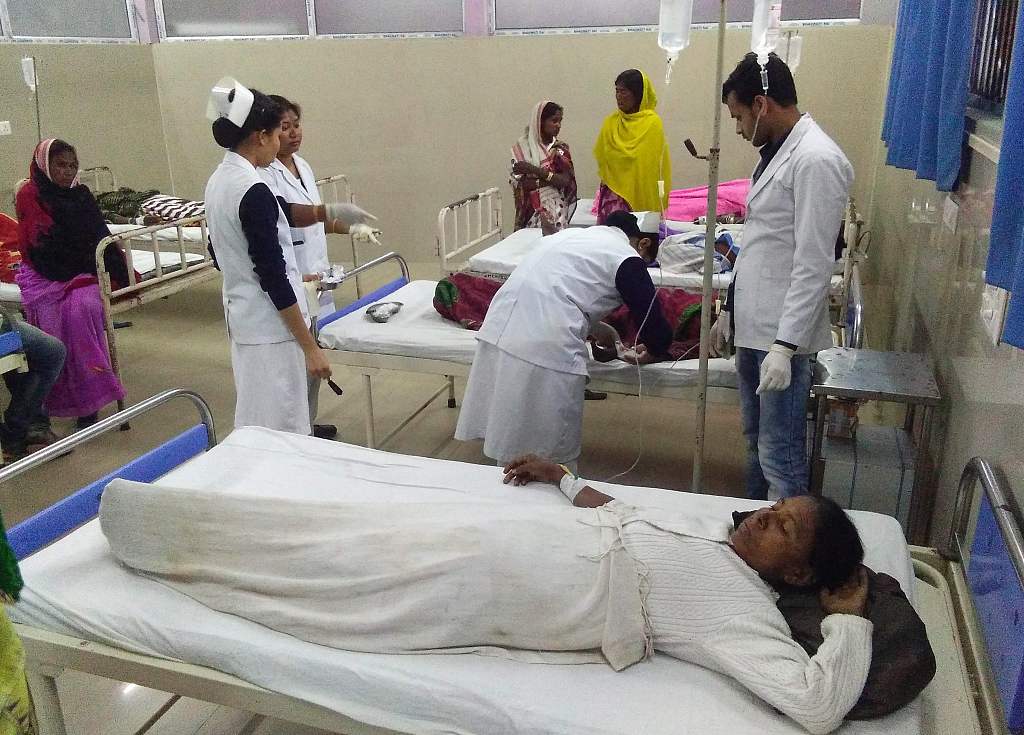 The deaths in Assam state came less than two weeks after tainted liquor killed about 100 people in the northern states of Uttar Pradesh and Uttarakhand.

In addition to the latest toll, at least 200 more people were still hospitalised across Assam.

"The death toll has reached 133 in Golaghat and Jorhat districts from the hooch tragedy," Mukesh Agarwala, additional director general of state police, told AFP on Sunday.

"A total of ten people have been arrested. We have sent the samples of the liquor... to a forensic laboratory. The report is awaited," he added.

The victims, who include many women, worked at local tea estates in the region. 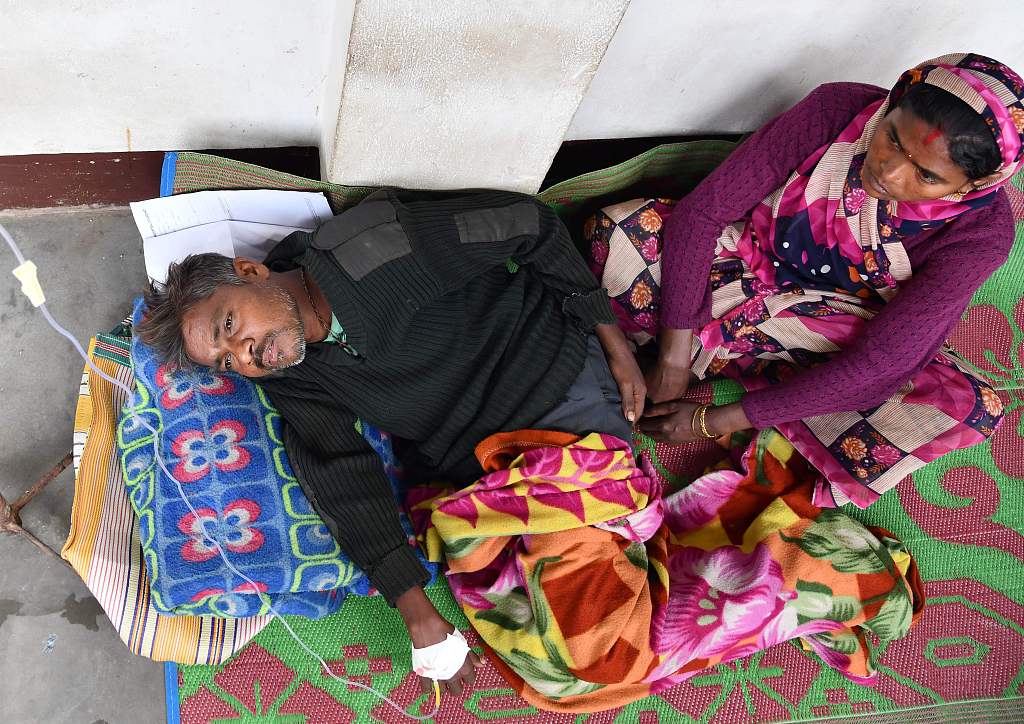 Phtoto: An Indian patient who drank toxic bootleg liquor is treated at Kushal Konwar Civil Hospital in Golaghat district in the northeastern Indian state of Assam on February 23./VCG

Doctors said those rushed to hospital in a critical condition were suffering from severe vomiting, extreme chest pain and breathlessness.

Assam Chief Minister Sarbananda Sonowal has ordered an inquiry into the deaths.

Apart from the arrests, two excise department officials were suspended for failing to take adequate precautions over the sale of the alcohol.

Assam health minister Himanta Biswa Sarma vowed those responsible for the tainted booze would be brought to justice.

Cheap, locally made liquor is common in parts of rural India and bootleggers often add methanol -- a highly toxic form of alcohol sometimes used as an antifreeze -- to their product to increase its strength.

Hundreds of mainly poor people die each year in the South Asian country from tainted liquor, which normally costs just a few US cents a bottle.

Many Indian states have implemented or pushed for prohibition, which, according to critics, further increases the unsupervised manufacture and sale of alcohol.