NEW DELHI, June 3 (Xinhua) -- Indian Defence Minister Rajnath Singh is said to be directly supervising the search operations of the "AN-32" aircraft belonging to the Indian Air Force (IAF) that went missing on Monday with around 13 people onboard. 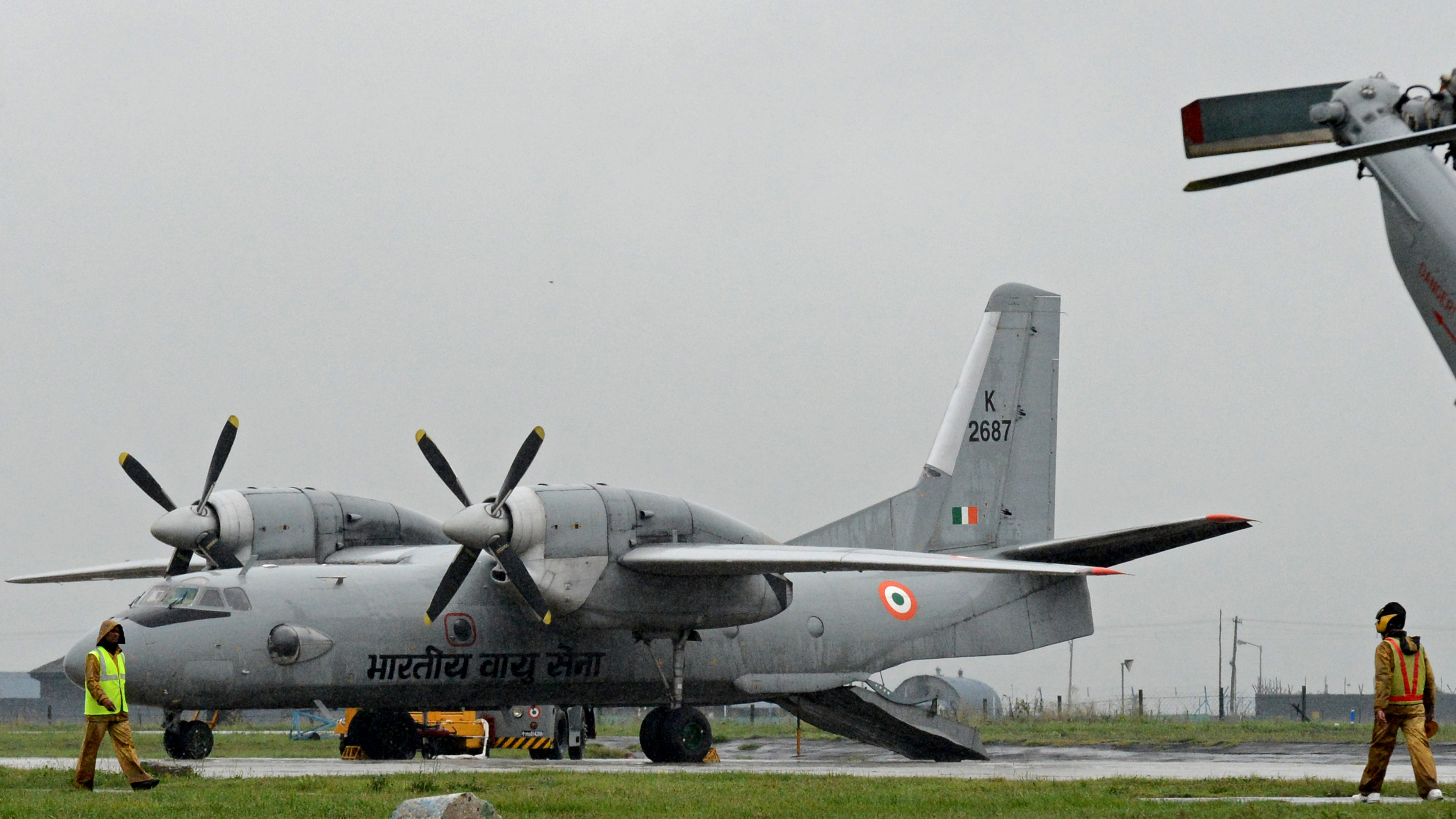 An Indian Air Force Antonov An-32 transport aircraft is pictured as rain falls at an air force base in Srinagar on September 6, 2014. (Photo: AFP)

Singh spoke to IAF's Vice-Chief Rakesh Singh Bhadauria to take stock of the situation, he said in a tweet.

"Spoke to Vice Chief of the IAF Air Marshal Rakesh Singh Bhadauria regarding the missing IAF AN-32 Aircraft which is overdue for some hours. He has apprised me of the steps taken by the IAF to find the missing aircraft. I pray for the safety of all passengers on board," tweeted the minister.

According to sources, one "Sukhoi" and one "C-130" Special Operations aircraft have been put into action to search for the missing aircraft.

The missing plane got airborne from Jorhat in the country's northeastern state of Assam at around 12:25 local time. It last contacted ground agencies at 1300 hours, thereafter there has been no contact, according to official sources.

"Since the aircraft did not reach the airfield, overdue action was initiated by the IAF," said sources.

A total of eight crew and five passengers were onboard the aircraft. All available resources have been employed to locate the aircraft, added the sources.

The "AN-32" is IAF's military transport aircraft. Further details regarding the missing plane are awaited.