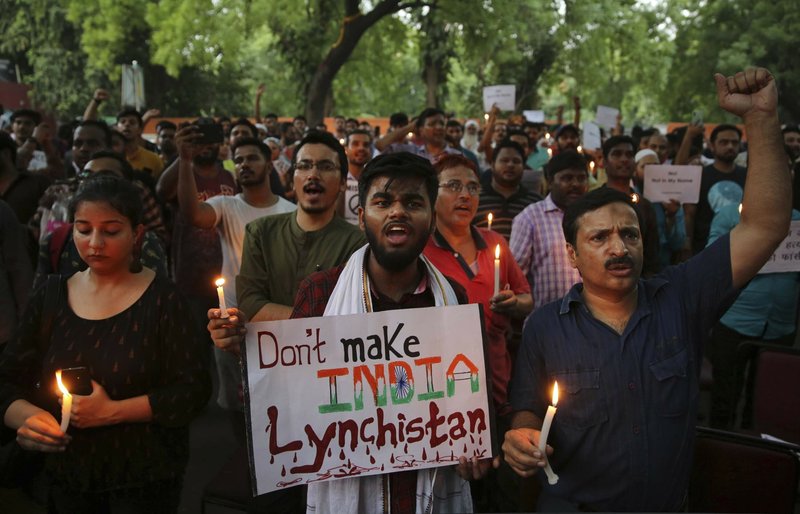 Dozens of Indian celebrities have asked Prime Minister Narendra Modi to intervene and stop rising incidents of attacks on minorities, misuse of religion by Hindu hard-liners and intolerance against dissent in the country.

In a joint letter of protest to Modi released on Wednesday, the celebrities said critics of his government are being branded anti-national and punished with imprisonment.

The protest comes less than two months after a massive victory by Modi’s Bharatiya Janata Party, or BJP, in national elections, suggesting that his supporters are feeling emboldened by the defeat of opposition parties.

There was no immediate government reaction to the celebrities’ protest.

Since Modi came to power in 2014, Hindu mobs have lynched dozens of people — mainly Muslims and lower-caste Dalits — suspected of illegally transporting cows or consuming beef. Many Indian states have laws limiting or banning the slaughter of cows, which are sacred to Hindus. Some BJP leaders have come to the alleged killers’ defense, garlanding them with marigolds.

Though Modi himself hasn’t publicly supported the vigilantes and has condemned the killings, he’s been accused of failing to punish the perpetrators swiftly. With Hindus constituting more than 80 percent of India’s 1.3 billion people, Hindu religion and its defense are a political priority for BJP supporters.

Several celebrities protested such killings in 2016 and some of them returned the national awards given to them by the government honoring their works in the field of art and culture.

“You have criticized such lynching in Parliament Mr. Prime Minister, but that is not enough. What action has actually been taken against the perpetrators?” the celebrities said in their letter.

“We strongly feel that such offenses should be declared non bailable and exemplary punishment should be meted out swiftly and surely,” they demanded.