MUMBAI, June 7 (Xinhua) -- Indian consumers are losing confidence over slowing economic growth as the March index by the country's Central Bank measuring the sentiment fell to 97.3 from 104.6 for May. 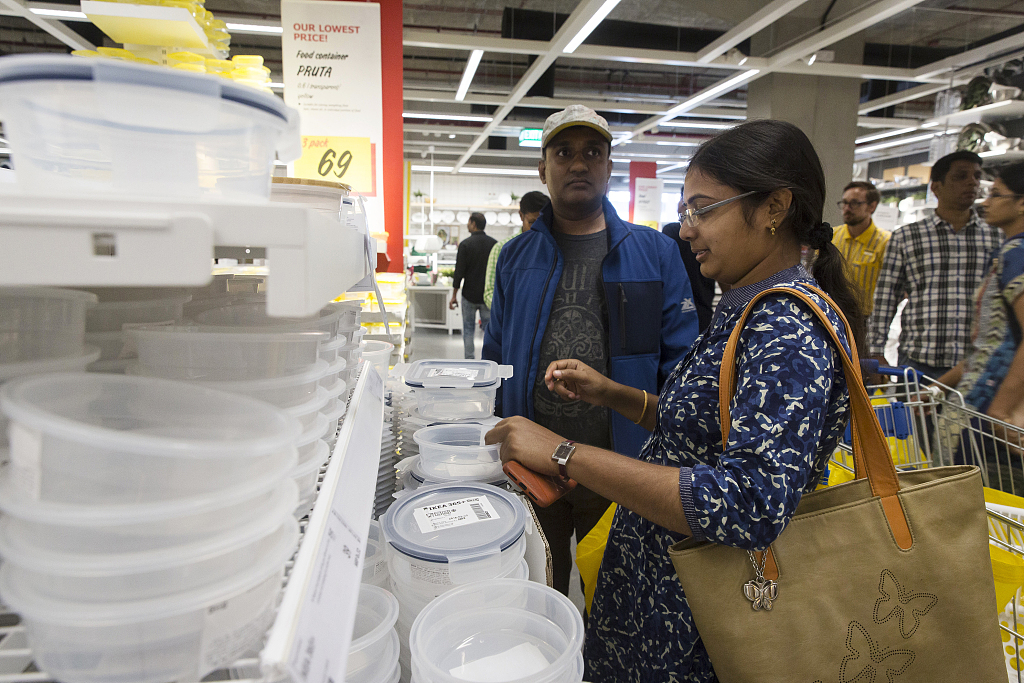 The consumer confidence survey conducted in 13 cities across the country based on responses from 5,245 households was released late on Thursday night. It indicates optimism above 100 and pessimism below that mark.

In March 2019, the current situation index entered optimistic territory after a gap of two years but has now returned to pessimism.

The future expectations index too slipped from its all-time high of 133.4 in March to 128.4 now in May, indicating waning optimism about in the near term.

"Weakening confidence is primarily attributable to the deterioration in sentiments on the economic situation and employment," the central bank said.

On the jobs front, 44.2 percent of those survey in May 2019 believed that prospects were worse than a year ago while 22.1 percent felt no change in the job scenario. The balance 33.7 percent felt an improvement in job prospects, as per the survey.