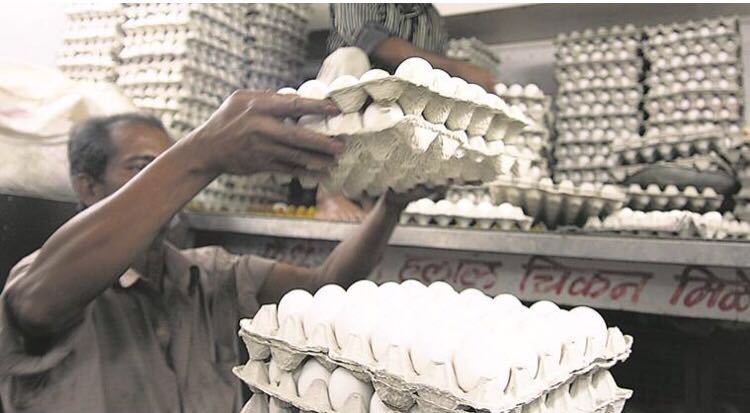 New Delhi (People’s Daily app) - Egg prices soar 40 percent due to tight supply, hitting a new high in India, reported India Today media on November 20. President of Poultry Federation Ramesh Katri on Monday said, “The prices have jumped up 40 percent to Rs 7-7.5 per piece in retail markets in most parts of the country.”

The Indian Express said that it may be more worthwhile for people to eat chicken instead. Ramesh said that as egg production is likely to be lower by 25-30 percent this year, consumers may have to wait for months for prices to ease.

Egg prices in retail markets in New Delhi are shooting up from Rs4-5 per piece last year to Rs 7-7.5, according to trade data. “We have never seen this kind of price spiral in eggs before,” a leading egg products manufacturer said.

There are some reasons for the hiking of egg prices. First, winter demand. Egg prices usually go up at this time because the birds take less time to reach weight, the Indian Express said.

Second, drive of the rising vegetable prices. Bhosale, executive member of the National Egg Coordination Committee (NECC), said that vegetable prices have exerted effect on eggs. When vegetables are costlier, people turn to eggs, so egg prices are pushed up. Now onions and tomatoes are retailed at Rs 40-50 per kilogram.

Third, demonetization. The collapse of demand caused by the sudden withdrawal of Rs 500 and Rs 1,000 denominations notes from circulation led to lower realizations for eggs as well as broilers. Meanwhile, drought in Karnataka and Tamil Nadu have increased the prices of maize and hit poultry production.