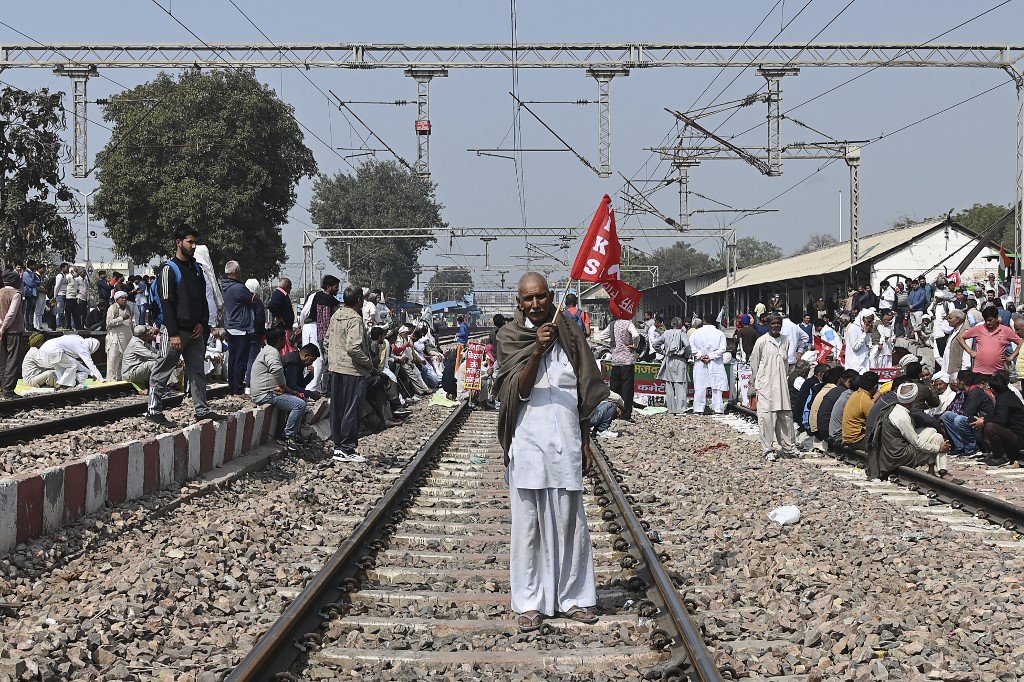 A protesting farmer waves a flag and others sit on tracks after calling for a four-hour rail blockade as they continue their protest against the central government's recent agricultural reforms, in Sonipat on February 18, 2021. (Photo: AFP)

Reports from various places like Punjab, Haryana, Karnataka and Bihar said hundreds of farmers took to railway tracks in a bid to stop the plying of trains.

The four-hour nationwide protest is an attempt to give pressure to the government to repeal three agriculture laws.

The stop train protest was announced last week by an alliance of farmer unions spearheading the agitations.

Indian railways have deployed 20 additional companies of police force across the country ahead of the protest.

Thousands of farmers have been protesting for the past over two months near India's capital city Delhi, demanding a complete repeal of the federal government's three controversial farm laws.

The Indian government headed by Prime Minister Narendra Modi has been defending the laws as major reforms for the wellbeing of farmers.

Eleven rounds of talks between protesting farmers and the federal government have failed to end the ongoing stalemate.