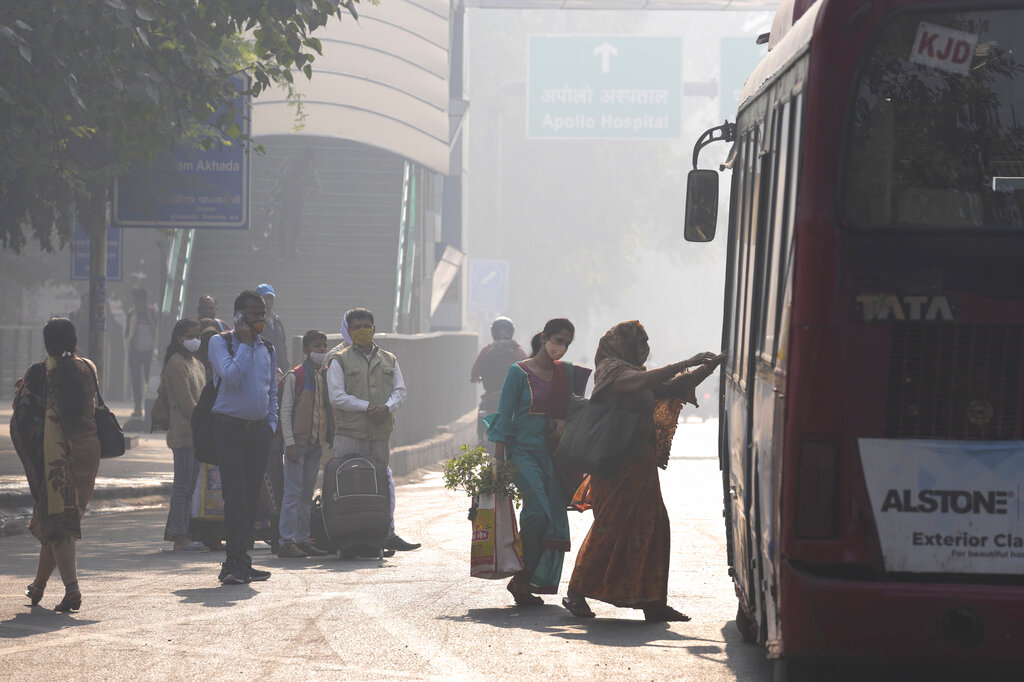 NEW DELHI, Nov. 17 (Xinhua) -- India's federal government Wednesday told the top court that it was not in favor of work-from-home for its employees, after the local government in Delhi proposed the measure to reduce air pollution in the capital city.

The federal government in an affidavit to the Supreme Court underlined that work-from-home will not be of "much benefit and effect" and suggested carpooling as an option to tackle the escalating air quality crisis."In the recent past, several governmental functions were impacted due to COVID-19 pandemic for substantially a long period of time which entailed pan India ramifications," read the contents of the affidavit.The federal government, however, said it has "issued an advisory on carpooling" for its employees.In the last hearing on Monday, the Supreme Court asked the federal government and states to consider work-from-home for at least a week.Prior to that, the top court even suggested a lockdown to decrease the pollution.The apex court has been encouraging the authorities including the local government to take urgent steps to rid the city of toxic air.Delhi, which has been battling a toxic haze since early November, took emergency measures on Saturday, ordering schools to close and building work to stop for four days.Industrial activities and vehicular traffic are significant contributors to air pollution in Delhi, one of the most polluted cities in the world, along with rampant construction. For the past years, the air quality in Delhi becomes hazardous especially ahead of winters .The Delhi government has been blaming stubble burning in the neighboring states for air pollution in the capital city.On Monday, the federal government told the court that stubble burning contributes to only 4 percent of air pollution.The Delhi government on Tuesday proposed work-from-home for a week with a weekend lockdown, besides a ban on construction and industrial activities as options during an emergency meeting to fight the pollution in the capital city.