He said in a statement that he would challenge the "false accusations" levied against him. 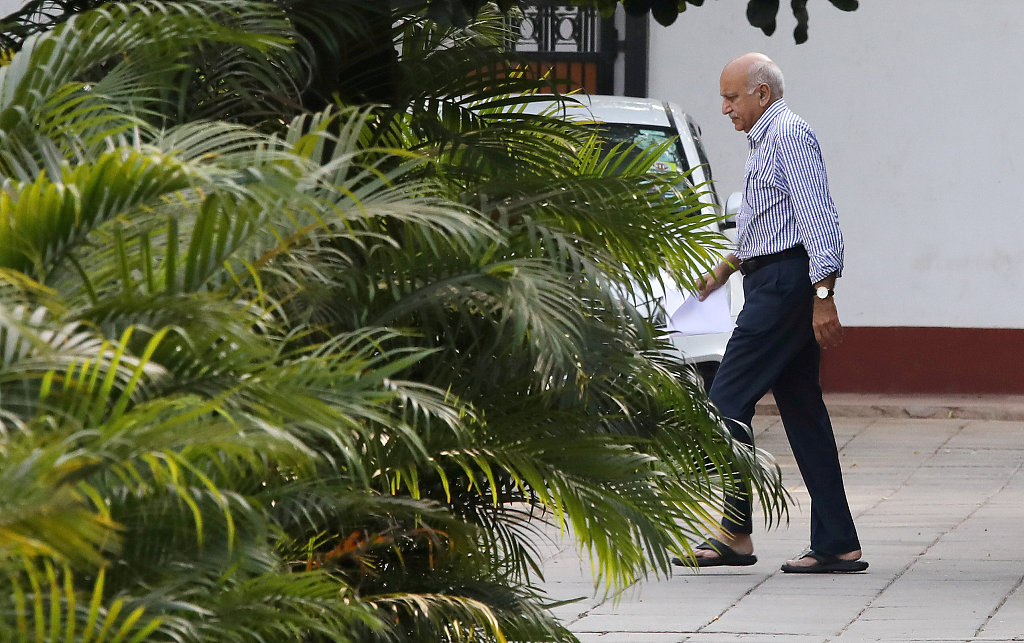 Following allegations of sexual assault by women journalists who worked with him when he was an editor, Akbar has filed a defamation case in a Delhi court against one of those women journalists.

"Since I have decided to seek justice in a court of law in my personal capacity, I deem it appropriate to step down from office and challenge false accusations levied against me, also in a personal capacity," he said.

"I have therefore tendered my resignation from the office of minister of state (junior minister) for external affairs," he added.

Meanwhile, after Akbar had moved court with a defamation case against one of the women journalist who accused him sexual assault many years ago, as many as 20 women journalists who worked under him at different points of time told media that they would also ask the court to consider "testimony of sexual harassment of some of us at the hands of Akbar" and others who "bore witness to his harassment," reported the Indian Express daily.