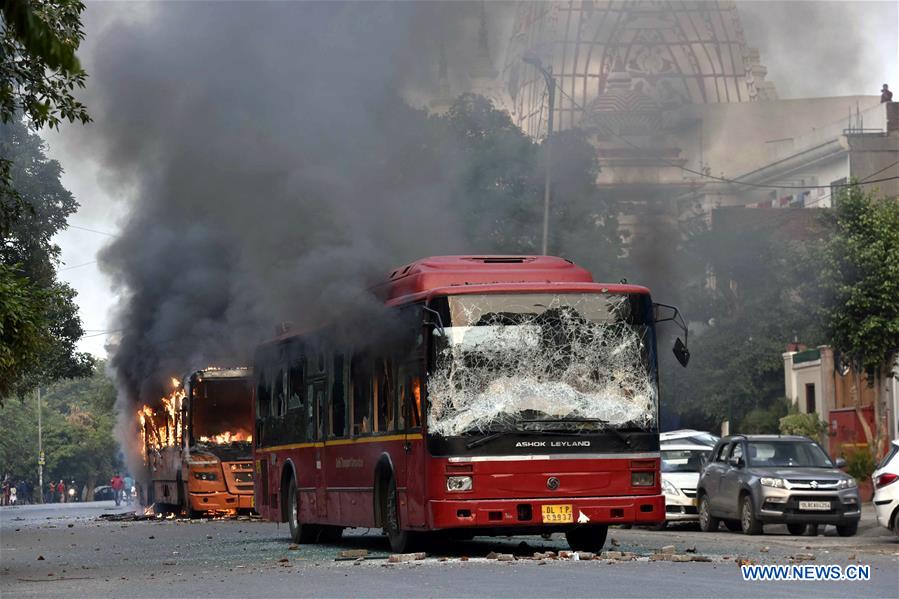 In a series of tweets, Modi allayed fears among the countrymen, saying that the new act did not affect any citizen of India of any religion, and that no Indian had anything to worry regarding this act.

He said that debate, discussion and dissent were essential parts of democracy "but never had damage to public property and disturbance of normal life been a part of our ethos."

Modi also said that the CAA was passed by both Houses of Parliament with overwhelming support. Large number of political parties and MPs supported its passage. This act illustrated India's centuries old culture of acceptance, harmony, compassion and brotherhood, he added.

"I want to unequivocally assure my fellow Indians that CAA does not affect any citizen of India of any religion. No Indian has anything to worry regarding this Act. This Act is only for those who have faced years of persecution outside and have no other place to go except India," tweeted the Indian prime minister.

Violent protests broke out on the streets of Delhi on Sunday evening when a protest march against the CAA suddenly turned violent and the Delhi Police personnel had to resort to using force to control the violent protesters.

Following the Sunday evening's violent clashes, all schools in the affected areas, Delhi Metro services, and the university are shut as a precautionary measure.

University students and others protested outside the Delhi Police headquarters till late on Sunday night, against the police's high-handedness as several students who were studying inside the Jamia Millia Islamia University's library were allegedly beaten up by the police personnel.